CES 2021 Highlights: A Round up of Eye-candy Tech Innovations 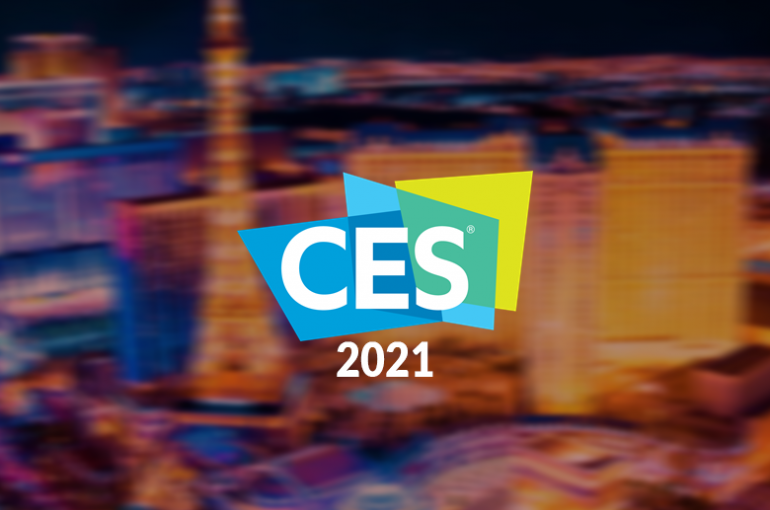 The Ultimate Checklist to Develop and Lanch a Mobile App.  DOWNLOAD FREE

The first-ever digital CES rounded up a success and reflecting upon the futuristic tech and concepts from this year’s edition, it would be justified to assume that we just might be another year closer to living like ‘The Jetsons’.

Just like every other year this year’s Consumers Electronics Show had everything – from the wackiest and the mind-boggling tech concepts i.e flying cars to the practical staples like upgraded televisions, laptops, processors, and robots – followed by tech stories on what we as consumers may expect in consumer tech.

In short, despite it being virtual, the 2021 edition of the show didn’t disappoint. More than 2,000 different companies from all over the world exhibited strange yet awesome tech in the online event. Albeit, some of the technology exhibited in CES is mostly conceptual – belonging to a far-flung future MOSTLY while being WILDLY expensive – it’s still very cool to not mention.

At this year’s CES, not only were we welcomed by a different format altogether ( you know, CES being virtual) but we also noticed the apparent shift in some of the products being shown off by exhibitors — a ‘step’ towards tech invented to help humans live, work and remain safe through the pandemic or its compeers.

Let’s do a birds-eye view of some of the most notable tech innovations and concepts that left us in awe from this year’s CES.

For the last few years, 5G has been basically a ‘sound bite’, but this year it may become a trend with 5G deployments all over the world, says a panel at CES 2021. Adding that, 2021 is shaping up to be a turning point towards network readiness, and 5G accessibility. The word on the street is that low-cost 5G phones will gain serious traction in 2021 and people all over the world are excited!

PCs with 5G support and more that caught our eye

Augmented and Virtual Reality is something we were on the lookout for, given our hankering for AR and VR and with relevance to what we do at CitrusBits. And this year’s AR/VR display did not disappoint. It was a smorgasbord of epic AR/VR variants – from smart glasses to robots controlled via virtual reality. Here’s a highlight of a few that caught our eye.

If technologists have learned anything at all from the preceding year’s pandemic, it’s how to plan for any unexpected pandemics in the future. Therefore,  at this year’s CES – a virtual event for obvious reasons – the coronavirus pandemic related talk or innovations were guaranteed to be an inevitable subject and the presenters unintentionally addressed the elephant in the room.

Among all the gaming laptops showcased at the virtual show, far too few introduced 4K gaming, with most companies going with FHD and QHD panels with higher refresh times. As for the television displays, it appears, they were all about ‘Brightness’ this year. Here’s a brief highlight of some of the most eye-candy tech.

CES displays the latest breakthrough in robotics each year, and this year’s edition too touted some of the best robots, from disinfecting robots to AI-enabled companions for our homes.

During the 2021 trends’ session, Steve Koenig the vice president of research at CTA (CTA runs CES) said and I requote, ‘Many of these technologies will be driven by the advancement in 5G networks.’

Next, GM showcased its pair of futuristic vehicle concepts – a glimpse into the future – leaving the audience baffled:

GM wasn’t the only exhibitor that left people bewitched. Sony had something awesome up its sleeve too. Its Vision-S Sedan features voice assistance, 5G, gesture control, as well as video game entertainment, and more.

Well, despite being virtual, this year’s CES left us gasping in suspense for next year’s episode. CES 2021 edition featured some of the hottest techs including 5G phones (which we will likely see become affordable this year) and PCs, rollable phones, robotics, gaming chairs, smart appliances, and cars that fly. Having spotted the trends at this year’s show, we believe, people will be seeing a lot more of 5G, and often in combo with technologies like IoT, AI, and AR/VR. 5G is like the vegetable that goes with ‘literally’ all the other veggies as well as meat.

This year was certainly a formidable mishmash of the new developments and experiences in consumer electronics products. It was so good a mix, that it was incredibly difficult to cut through the chaos and noise to root out the meaningful tech breakthroughs and products that would improve our lives in the near future. All this tech makes one wonder what the future may hold. Only more exciting and futuristic tech, we hope!

CitrusBits is an award-winning mobile app development agency with deep expertise in the AR/VR, healthcare, as well as the restaurant industry. We have designed and developed mobile app solutions for numerous startups as well as enterprises including ASUCLA, Chemowave, Urban Plates, IrisiVision, Dupont, Kedalion Therapeutics, Burger King, Zen Classics.  We are well-versed in what we do. If you’re looking to get a mobile app developed or are interested in learning more, please get in touch for a free consultation.