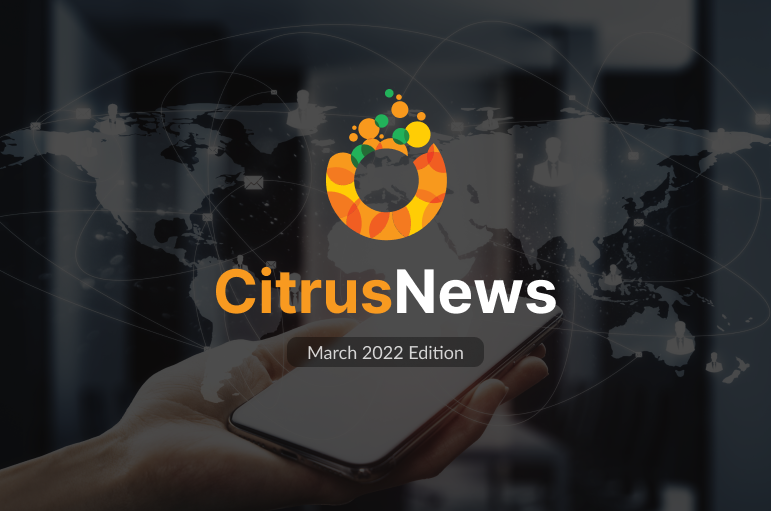 Keeping continuous tabs on the latest mobile app trends may appear to be too time-consuming.

The constant and rapid pace of technological evolution may overwhelm most of us, but as important as it is, absorbing all of the news on the myriad happenings in the tech sector has become somewhat of a compulsion now.

Don’t worry we’ve got you covered!

Citrus News of the Month is a fun, short, and easy-to-read format that covers the top 5 juiciest news updates in the world of mobile app technology.

Online shopping from the comfort of your couch is great, but we do miss trying sessions to see how it would look on us, before choosing to buy it.

Walmart, the multinational retail company, seemed to understand this concern and announced the launch of its new AI-powered virtual try-on feature, named “Choose My Model”, for online shoppers.

In May 2021, Walmart acquired Zeekit – the virtual clothing try-on startup. A year later, in March 2022, Walmart announced that it’s bringing that technology to Walmart.com and the Walmart mobile application. The Choose My Model try-on feature (beta version), powered by Walmart Global Tech’s neural network, will allow shoppers to choose a model out of 50 different models that best matches their own body type and physical features such as skin tone and height. This way, shoppers can get a clear picture of how a clothing item would look on them.

Walmart plans to continue expanding its model selection over time with around 70 additional model options, according to Denise Incandela, the EVP of Apparel and Private Brands at Walmart, USA.

Instacart, on March 16th, announced that it’s rolling out a “Shoppable Recipes” feature that lets consumers order ingredients for delivery when they see a recipe on TikTok and Hearst (which owns brands like Delish and Country Living).

For now, the feature is only available to select creators who can use it through an integration powered by TikTok Jump – TikTok’s third-party integration tool. But it will gradually roll out to more creators in the coming months.

The company is also set to kick off a partnership with Hearst Magazine’s food and recipe properties that will allow Hearst to integrate Shoppable Recipe buttons onto all of its food recipe content on The Pioneer Woman, Country Living, Delish, and Good Housekeeping.

Google officially unveils its “Immersive Stream for Games”, Stadia’s B2B offering for other gaming companies at the recent Google for Games Developer Summit on March 15th.

The offering, created in partnership with Google Cloud, will let companies offer Stadia-powered game streaming directly to their consumers. Google is also opening Stadia’s streaming technology to other companies to license.

Google claims that the service will allow businesses to run their own game trials, offer subscription bundles, and even have entire storefronts.

In simpler words, it would allow publishers to run their own Stadia versions, with their own collection of games, branding, and custom UI. 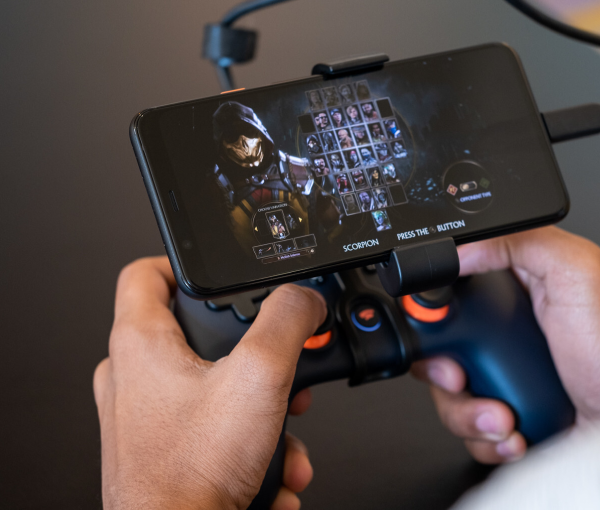 Furthermore, Google is going above and beyond to introduce new features that will make it easier for players to discover and play games. One of the steps to achieving this would be letting people browse games in the Stadia store without having to create a Stadia account or log into the service.

Google also plans to enable players to try out games on Stadia with its “Click to Play Trials”, letting players try out games without having to pay or sign up for a Stadia account, along with authorizing game developers to determine how long the free game trials will last.

Niantic, the Augmented Reality platform and the maker of Pokemon GO, announced its acquisition of 8th Wall, the world’s leading WebAR development platform, on March 10th. Niantic states this to be its largest acquisition to date. 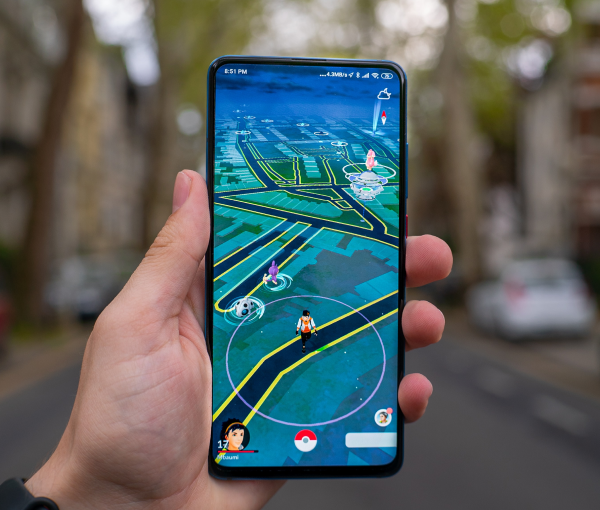 8th Wall pioneered web-based AR by equipping brands, developers, and agencies with a complete set of tools to create best-in-class immersive AR experiences that are easily accessible and work on mobile devices.

Currently, it supports billions of devices globally, including 5 billion smartphones across both iOS and Android, as well as computers and AR/VR headsets. Various companies, including Netflix, Microsoft, and Universal Pictures, to name a few, have also used this platform to create AR activations.

Moreover, while talking about the acquisition, Erik Murphey-Chutorian – the Founder and CEO of 8th Wall said:

“There is so much potential for web-based augmented reality and we will continue to unlock this through the lens of Niantic’s real-world AR universe.”

On March 15th, Apple notified developers that all apps for Apple’s platforms must be built using Xcode 13, the latest version of its IDE (integrated development environment) before submitting it to the App Store.

Apple will only accept the submission of apps that are built using Xcode 13. The UI will break and the App wouldn’t be functional if the Xcode used to build the new apps is outdated. It’s worth noting that the apps that were built using the older versions of Xcode will still be supported, and the change only applies to submissions after April 25, 2022. 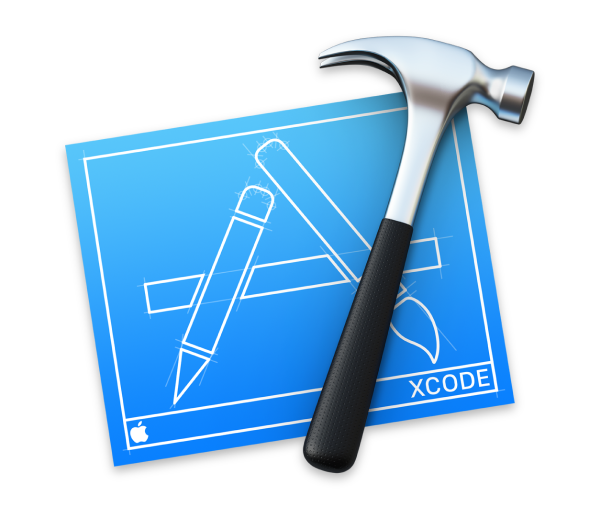 Since developers are now conditioned to use Xcode 13 while building apps, they can take advantage of the new APIs that were introduced with iOS 15 and iPadOS 15. These include AR kit 5, Safari Extensions for iOS, Shazamkit, SwiftUI, and SharePlay. This also lets the developers publish custom product pages, in-app events, and run product page optimization tests on the App Store on these platforms.

According to Apple, the latest updates to the SwiftUI will also enhance the user experience by enhancing the apps with new and improved features such as improved list views, better search experiences, and support for controllable focus areas.

A Live Video App “Amp” That Lets You Play DJ

If you ever dreamt of becoming a DJ, “Amp” is your chance to live your dream! Amazon launched its Clubhouse competitor Amp on March 8th which allows people to host live radio shows. They can be the DJ by taking live callers and playing their requested soundtracks from its catalog of tens of millions of licensed songs from all genres (for free!). The app is available in a limited beta version for iOS in the United States. Creators can also engage with their Amp community in real-time, without the need for a subscription or extra hardware.

A promising new productivity app has been launched for both individuals and teams. The app is built with the perspective of a calendar, however, it’s not your regular calendar flooded with dates.

Rather, Amie is different from other calendar apps, even Google Calendar. It is a well-designed calendar app, with key features that allow a user to open and edit a to-do list alongside the calendar, as well as drag and drop those items on the calendar for date and time designation. There’s still more to it! A person can have insights into their team members’ current work activity, birthday reminders, what songs are they currently playing on Spotify, and more.

The tech space is constantly stirred up with exciting innovations and advancements. To keep up with all of it, stay tuned for monthly Citrus news where we bring you the hottest mobile tech news every month.

At CitrusBits, we have designed and developed impactful mobile applications for businesses of all types including Burger King, Quiksilver, DuPont, and Erupt, to name a few. CitrusBits is trusted by not only movers and shakers across all major industries but also small and midsize businesses and select startups.

If you’re looking to develop a unique mobile application for your business, we’d love to learn more over a free consultation call.