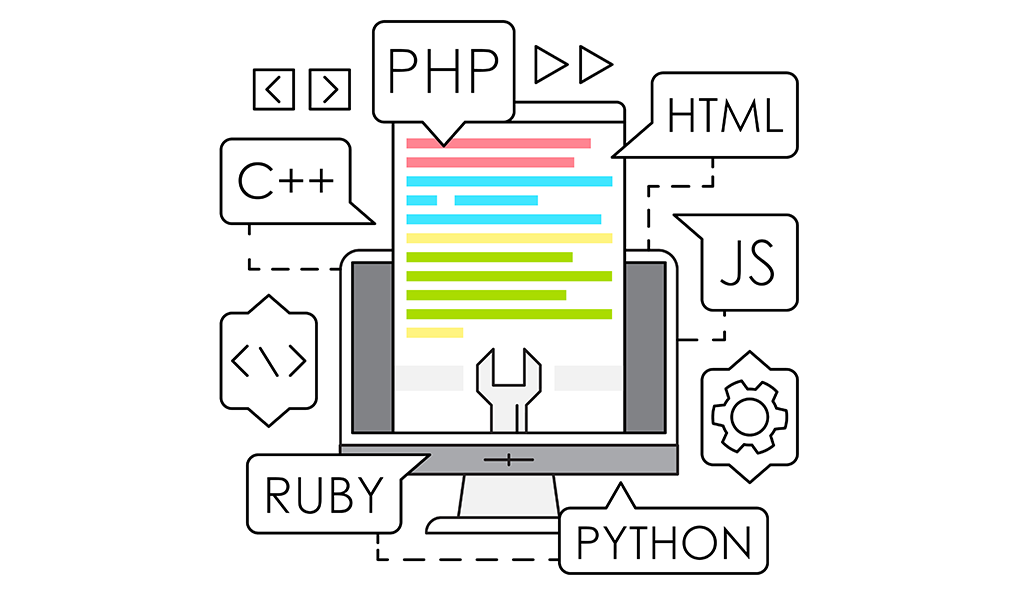 Stay ahead in 2020 with these Programming Languages

Eight down, four more to go. 2020 is around the corner and just like every other year, this one too will come bearing the same old existential dread.

Glory be to the internet, you know how far behind you lag in the fast-paced technological world. Programmers and developers especially can’t breathe in a world that is barely 2 hours-old.

To stay ahead many wise programmers and senior developers these days learn more than one language to stay ahead and make an assessment of which is better suited to a certain job.

There are more than 600 exclusive programming languages speaking of now and each serves a specific purpose. Each is useful in its own way. However, you can’t learn all 600 of them, so the question arises, which ones should you learn?

This list will either rock your world or knock you to your senses and make you bellow.

Despite being a bad pun, coffee and programming go way back. For programmers it’s ‘Coffee in, code out’.

Despite its much feared technicality, Java is stable and reliable, hence, widely used for enterprise-based web application development.

According to Oracle, as many as 3 billion devices run on Java!!

Java leans more towards object oriented programming and lets you develop applications that not only run on a single computer but can also be distributed between servers and clients in a network. It also lets you build small apps modules and even applets for your webpage. Moreover, the programs created in Java can work in different environments, operating systems etc.

Major reason why it’s highly ubiquitous and has been selected for languages to learn in 2020 is because of what the language has to offer and the high-paying opportunities it opens for you.

Perhaps a bad way to begin however, Python despite being many decades old is one of the most popular languages to exist today. Why is that? Is it the simple syntax?

See? It isn’t as threatening as it sounds. It’s simple syntax and relatively small code length makes it easier to learn. Perfect for beginners learning programming.

Being a general purpose programming language, you can build anything with it. However, it is known more for its work in data science and machine learning area. What’s more, you’ll have many external libraries at your disposal as well.

With libraries you don’t have to reinvent the wheel. You can get all the help you need getting started. There are various libraries to help you, from images to data science.

For instance, for complex image processing, the Python Imaging Library can help you get started. For games, you can take help from PyGame, a Python game engine and if your interest is in data science then SciPy is the library you’re looking for.

It may be known for its simplicity, however, it is the “Superman” of languages, reason being why Netflix, Google and Dropbox chose to use Python.

3: Javascript – this is where’s the party at

Few may agree and it is, albeit, every programmer’s nightmare. Yet it remains one of the most useful and powerful languages when it comes to web development.

With Javascript you can build interactive websites in fact, it has become an important web technology alongside CSS and HTML. To be more precise with JS you can build simple desktop and mobile apps.

It is heavily influenced by Java and its syntax is a lot like C and is based on ECMAScript, a language by Sun Microsystems.

So if you’re into web development and plan on becoming a front-end, back-end or a game developer, you need to equip yourself with Javascript. The frameworks like jQuery, React JS and Angular have also increased Javascript’s popularity.

As per a report by the Bureau of Labor Statistics, between 2016 and 2026, the job market for web developers will have experienced growth by 15 percent.

If you search on job sites like Glassdoor or Indeed, you’ll realize where having JavaScript skills can land you in the job market, hence, a major reason to learn.

Well, as a  programmer, it’s not like you have any other option but to see sharp.

If you’re a beginner, begin here. Despite having the C of the notorious C and C++, C# is easier to learn. Backed by Microsoft, not only is it simple but modern, flexible, object-oriented and safe. Stack Overflow, a coder’s safe haven, was written in C#. Many of you may know it for being the language of Unity Game Development.

C# supports encapsulation, polymorphism, and inheritance, basically all the basic object-oriented language features being a modern language. It can also be used to develop Android and iOS apps. You can also develop Mac or Linux apps.

Moreover, as per the  PYPL (PopularitY of Programming Language Index), C# is the fourth most popular language and sixth most demanded skill on Indeed.com. So why not?

5: Swift – the brilliant kid without much competition

Swift is a child compared to oldies like Python and JavaScript etc. But It is Apple’s child hence, designed to build native iOS or Mac OS applications only.

Moreover, it is a well-known programmer fact that native apps outshine the cross-platform hybrid apps. What’s more, the built-in SpriteKit makes it a lot more easier to create 2D games.

There has been a rise in the number of Swift developers owing to the persisting need to develop iOS apps. All hails the Apple smartphones?

Swift is very expressive and easier to understand, enabling the newbies to develop robust and modern iOS apps. A bright future is anticipated for this notable programming language as  iOS apps are known to be more profitable than Android apps.

Many large and small companies opt for an iOS app first so it’s a safe skill to have.

6. C++ – a love-hate relationship with programming

Whether anyone likes it or not, C++ is making its way into 2020. It is still the King. Why though?

It’s old and almost non-existent. Or so says the web-talk.

Here’s why it would benefit you a great deal if you equipped yourself with C++.

Truth is it is irreplaceable. The most popular operating system; Windows’ kernels are written in C, side by side with the C++.

To develop your interest, Google the best mobile game. The result will be Pubg.

Gaming engines, Unity and Unreal both are written as well as maintained in C++.

Furthermore, for serious optimization or real time programming,  you still have to learn c++.

It will always be in demand and hence, you will not ever die of starvation.

According to Tobias Lutke, Shopify, Go lang will be the language of servers in the future. Many think it is the easiest programming language out there that is fit for any kind of application development and it’s true. How or why?

It’s a good skill to have. Relatively new, many web apps are being written in Ruby these days. It has a simple and elegant syntax, very easy to read and write. It’s simple and coming in demand and if you want to create an intricate website or app that involves a database then Rails is what you’re looking for.

Moreover, Ruby being a general purpose language helps you with a wide array of programming related tasks. Websites like AirBnb and Shopify are based on Ruby.

Learn this one if you’re into developing data-heavy sites and applications. Many renowned and big websites like Facebook and WordPress are written in PHP. In the coming years it is expected to be a good skill to have.

PHP was specifically created for the web and thus far it hasn’t been a disappointment.

Over the years many new languages have surfaced providing ease to the developers. However, the above mentioned will always be in use and in demand in the market. You can’t learn every language out there. Learn the one that you find most interesting or adds to your skillset. Even if you decide to learn just one, aside from the one you have already mastered, you’re good to go. Happy learning!