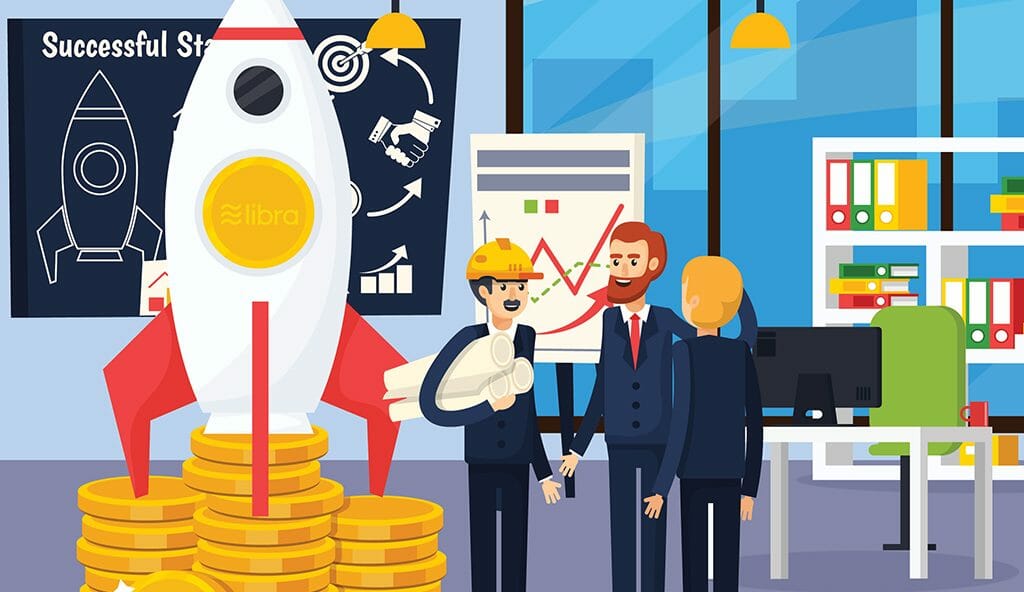 When the world was finally a lot less excited about Bitcoin, Facebook decided to stir the pot by announcing the launch of its own cryptocurrency.

Yes, after sticking its toes in augmented and virtual reality and artificial intelligence, Facebook, taking a leap of faith, is dipping its toes in cryptocurrency next.

Despite its colourful past – the Cambridge Analytical Scandal and more data scandals – Facebook plans on launching Libra  in the coming year – yes, 2020.

However, ever since the announcement, questions and skepticism have been circulating the internet:

Another million dollar question, does the emergence of a digital monetary system indicate failure of our system? (Who’s to say?)

Perhaps the information provided below will help clear away the haze and answer some of your queries.

The ‘What, Who & How’ Behind Libra Currency

Libra in simple, is a soon-to-be digital currency that will enable us to make easy and cheap transfer of money all across the world. It will be as easy as sending an email. Experts expect that the value of a Libra will be about the same as a dollar.

Basically, Facebook at present is working on a fully-functioning open-source blockchain that will facilitate smart contract technology by applying the ‘native programming language’.

Important Things You Must Know About Libra

Now that you know everything there is to Libra. We can kick off with the benefits and shortcomings.

Although, Facebook has promised to use Libra completely anonymously and without accessing or stealing our transaction data itself, the past has taught us otherwise the value of such bland promises and taught us well.

Whether the world will be Facebook’s oyster or not, it completely depends on what it has to offer and how the people will react to it.

Albeit, the transfer fees are unknown as of yet, Libra Association promises to make money transactions easier for everyone. With just a few clicks, you will be able to send money in any part of the world, faster than ever. Soon after its launch you’ll also be able to make payments in the restaurants and shops.

This also foresees the end of plastic money!

To understand the underlying strength of cryptocurrencies and why Facebook’s initiative could turn the tables in the future, let’s first understand one of the most crucial issues facing the world at present.

According to Business Insider, in August 2017, around 2 billion people across the world didn’t have a bank account. Let’s dip into some more stats about the unbanked population:

According to a study by McKinsey, reaching the unbanked population in this region could increase its economic contribution from $17 billion to $52 billion by 2030.

This is the size of the population Facebook’s Libra will be able to reach and provide a decentralized digital financial system to.

3. Businesses & Brands could Increase their Reach

Thus far in the timeline, Facebook has been a medium of information exchange. If money can now be transferred in the ecosystem of Facebook, it will only make it all the more attractive bringing more users. Both businesses as well as the potential customers will be spending more time on it.

This will make it a lot easier for businesses and brands to reach out to a larger set of audience. Moreover, by adopting Libra businesses could avoid credit card transaction fees as well. So it’s a win-win.

Of course, Facebook or its partners haven’t taken upon themselves the duty to help better the world with Libra. There’s only profit for them. The new currency will create for the social network  numerous new ways to make a buck.

If anything, Libra will promote international trade as well as purchases. How so?

Well, for companies aspiring to go big internationally, it could work miracles for them, saving money and attracting customers they were previously unable to reach out to.

Furthermore, this will bring in the support of all those people who at present can’t make payments because they don’t own a credit card. This will, as a result, open a plethora of doors for trading and business opportunities.

5. A Win for the Forex Traders

Libra, rumor has it, will create a whopping economic opportunities universally and, as a result, more commerce on an international level.

Unlike Bitcoin, which, as experts put it, is a highly unstable asset considering its value is determined based on investor and supply demand, Libra is attributed to real-world currencies for instance, pound.

Furthermore, owing to its market stability, Libra is being considered one of the best cryptocurrencies for trade purposes specifically. Not only will it be extensively accessible to pretty much everyone, but Libra will also be immune to any barbaric value fluctuations that have led to Bitcoin’s bad reputation.

Thus, Libra will offer a great opportunity to the burgeoning forex traders out there.

And because sweet ain’t sweet without the bitter, let’s discuss how Libra, according to many, might just be a “bad idea”.

1. Politicians aren’t Very Happy, In Fact, They are Scared!

If it can give a politician a scare, it is definitely dangerous. Jokes aside, even the Bitcoin didn’t worry them to ‘that’ extent. Yes, the politicians are terrified. They see it as a threat to the global financial system even though Libra coin exists only in the papers at the moment and will not be launched until next year. They fear it will be the emergence of an economic dystopia.

When it comes to payment transactions, bankers are alarmed as they are likely to lose market share if the bank customers move their hefty amounts of credit from their accounts to the Libra world.

Suppose, having access to your account balance data, the Facebook’s subsidiary Calibra offers to vend a retailer an algorithm to jack up the price of a product, previously being sold at an affordable price.

The cartel having financial visibility into consumers as well as into businesses across the economy could be a monopoly on its own, in other words ‘perhaps it is the emergence of an economic dystopia’.

This is basically the reason why banking and payments are separated from the rest of the economy in the States.

4. Could it be a Systemic Risk?

Well, many people – experts – are of the view that Libra system will open our economy to a systemic risk as it is backed by bonds and financial assets reserved at the Libra Reserve.

But what will happen if there is a theft or breach in the system?

According to Facebook, with Libra, it wants to make it as easy to move money around the world as it is to send a text message with minimal fees, easy accessibility and instant transfers all over the globe, let’s hope that is the only intent. Besides, any idea, trend or concept to be able to become mainstream has to clear three main hurdles namely: business, technology, and society (Government as well as Customers).

The same applies to Libra Currency as well. There are plenty of obstacles in its way even though the launch isn’t due until 2020. Big shots like MasterCard, PayPal, Visa and several others are beginning to turn against the idea, and Libra is receiving a cold reception from the regulatory bodies and the Congress as well.

Regardless of how it is being perceived, one cannot deny that the sudden adoption of this trending technology by these prominent institutions previously against it, shows how the social network has indeed turned the tides in tech.