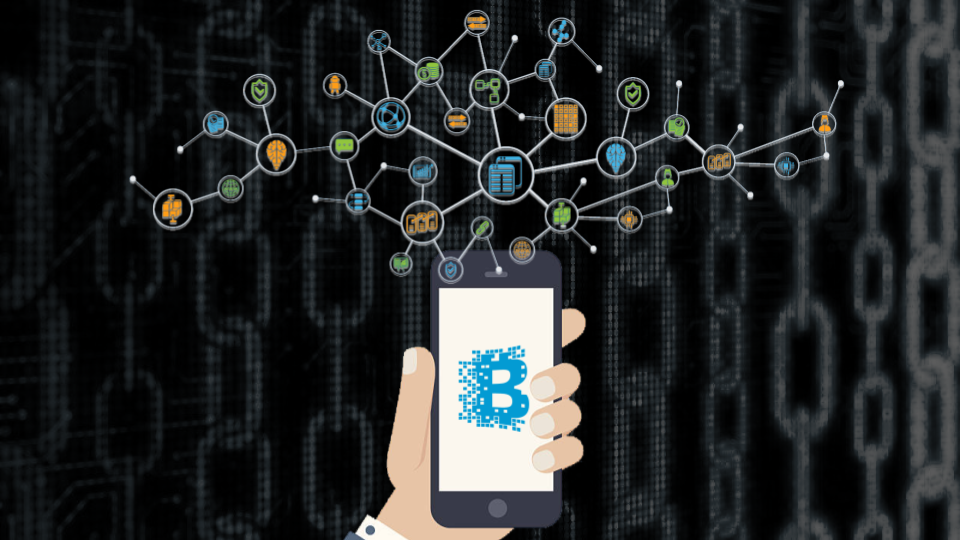 Why Blockchain is Here to Stay (and Bitcoin Might not be): A Glimpse into the Future of Decentralized Apps

If you’re not already a cryptocurrency investor, you’ve probably at least heard a thing or two about blockchain, Bitcoin, or both.

Let’s be clear; these are indeed technologies to be taken seriously, even as they’re written off by traditionalists like Warren Buffet and Jamie Dimon (who perhaps not coincidentally have massive investments in traditional finance institutions).

Blockchain, on the other hand, is the technology that Bitcoin and many (but not all) of the other newer cryptocurrencies vying for a piece of the crypto-craze — are built on.

Blockchain works by recording peer to peer transactions onto “blocks” which are subsequently written permanently onto an open and distributed ledger (the blockchain) through a consensus-based mining process. The blockchain ledger, by its open nature is verifiable by anyone, and is resistant to modification because it’s distributed and encrypted. 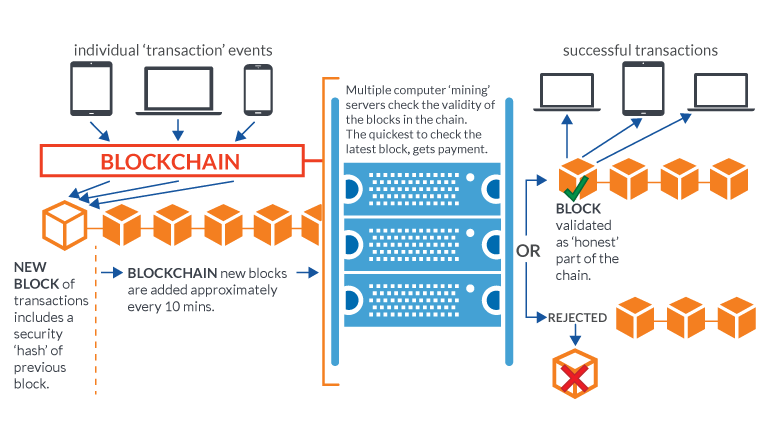 Importantly, blockchain’s design eliminates the need for “trusted” middlemen such as banks, offering a number of significant advantages over our current trust-based systems. For example, transactions on a blockchain can happen much quicker (as they are processed within minutes, automatically), more reliably, and more efficiently than traditional transactions using fiat currency like USD.

One important benefit from the increased efficiency is significant reduced transaction costs. As an example, McKinsey and Company estimates that cross-border payments revenue (transaction fees) worldwide will total $2.2 trillion USD by 2021, illustrating just how expensive it is to move money across borders (never mind the 3-5 day typical settlement times). That’s a lot of potential cost savings to be had if the companies that provide these payments services adopt blockchain-based systems.

Why Blockchain is Here to Stay (and Bitcoin Might not be)

While Bitcoin is the first and currently largest cryptocurrency to use blockchain technology and has excellent people behind it, many new blockchain projects are emerging that are also intriguing from a technology perspective. And yes, even Kodak (the film company) entered the blockchain fray in 2018. Who could be next? Tech giants like Microsoft and Oracle are now incorporating blockchain into their product and service portfolios, though neither has stated any intention of creating its own cryptocurrency as of yet.

Therefore, given the rapid influx of innovation and talent flowing into the global cryptocurrency community, it’s anybody’s guess whether Bitcoin will remain on top five, 10, or 20+ years from now.

It does need to be stated, however, that Bitcoin maintains a strong advantage in network effect. Bitcoin currently plays a sort of “safe haven” role as the largest and most traded (thus providing the most liquidity) cryptocurrency, with less volatility (i.e.: price fluctuations) than most other cryptocurrencies. So, Bitcoin has a significant leg up on its competition right now, but things could change rapidly depending on how other cryptocurrency projects evolve.

While Bitcoin’s future prospects are anyone’s guess, blockchain, on the other hand, is almost certain to gain mainstream relevance in the future. A foundational approach to building decentralized systems, blockchain offers significant gains for just about every business, across just about every industry.

The only significant question mark is just how long it will take for this promising technology to be widely implemented.

Litecoin (LTC), founded in 2011 and currently #6 in global market cap, is essentially Bitcoin with more frequent block creation to allow faster transactions, for example. According to Litecoin founder Charlie Lee, Litecoin is intended to be “the silver to Bitcoin’s gold.” Litecoin also positions itself on its website as complementary to Bitcoin, suggesting that there is room in the future of P2P payments for a coin whose transactions settle in just 2.5 minutes, compared to Bitcoin’s process which takes 10 minutes.

In 2012, Ripple (whose native cryptocurrency is XRP), another project that catapulted in popularity last year (and is currently #3 in market cap among cryptocurrencies), also began to offer its own take on decentralized payments. Unlike Bitcoin and Litecoin, Ripple’s payments systems verify transactions by consensus from a much smaller number of trusted gateways, instead of its predecessors’ blockchain-based approach that requires vast amounts of computing power and electricity (to mine).

Although both Litecoin and Ripple brought innovation to the crypto space, at the end of the day, they (and a few others) have generally been content to focus on P2P payments use cases.

In late 2013, the crypto paradigm changed forever when Vitalik Buterin introduced the world to Ethereum (whose token is ETH). The emergence of Ethereum in subsequent years, particularly in 2017 when its market cap grew to nearly $100B (2nd only to Bitcoin), has validated the value of projects that unlock new use cases beyond P2P payments.

This means Ether (the token used on the Ethereum platform) can be used for all kinds of smart contracts, including but not limited to smart property rentals (think “rental economy” with AirBnB, ridesharing, etc.), financial transactions, commodity pricing, online gambling, video games, content licensing, virtual gifting, and even the creation and management of new cryptocurrency projects and initial coin offerings (ICOs). Smart contracts on a platform like Ethereum can run the gamut from complex business arrangements to simple consumer transactions.

Ethereum lets you build “unstoppable applications,” according to the Ethereum Foundation website.

The Future of Differentiated Dapps

Ethereum’s meteoric rise in 2017, among other developments, has facilitated a recent surge of new decentralized apps (dapps) that use blockchain technology.

Some of the most prominent dapps are themselves new cryptocurrency projects, many of which are ERC20 tokens — built on the Ethereum network, but adding customizations to either the technology or application focus.

Here are just a few of the top coin or token projects competing for attention in the exploding cryptocurrency market, in order of market share according to CoinMarketCap, as of 2/7/2018.

What’s interesting to note is the degree to which each project on the list attempts to distinguish itself from its peers. For example, a quick look at publicly available resources for each project suggests the following primary focuses for each of the currencies on the list above:

It would appear that nobody on this list is doing the exact same thing.

Could there be room in the global economy for several or more of these projects to coexist in the future? (If so, can we stop thinking about the cryptocurrency market as an ultra-risky, winner-takes-all contest?)

And, when you consider the thousands of dapps being built that don’t even qualify as a cryptocurrency, you start to see the makings of a whole universe of distinct opportunities for enterprising entrepreneurs.

For businesses that aren’t looking to enter the much-hyped ICO or cryptocurrency markets, there are still many reasons to build dapps.

Here are just some practical benefits that building on a blockchain can offer businesses of all sizes:

Next, consider that many of these leading projects (Ethereum, for example) are ecosystems or platforms, intended to attract the support of business partners and applications that will each put down their own roots on one or more of these platforms.

It’s precisely this opportunity — to build dapps on existing dapp platforms (like Ethereum) — that is attracting companies of all sizes to the virtues of decentralization.

“Blockchain technology is interesting to many of the businesses we talk to because it can unlock tremendous operational improvements in their existing business,” explains Harry Lee, CEO of CitrusBits, a Los Angeles and San Francisco-based mobile app agency that offers blockchain development services. “For these businesses, building a ‘dapp’ isn’t just about capitalizing on investor interest in anything associated with blockchain. They’re actually out to realize the substantial ROI building decentralized apps on a blockchain can provide.”

“The bottom line is this: you don’t need to have crypto geniuses or blockchain inventors on your staff in order to tap into blockchain’s potential. With the right experts or app agency supporting you, you can now begin building your own specialized decentralized apps on an existing dapp platform – essentially piggybacking on the openness and innovation of blockchain pioneers throughout the world.”