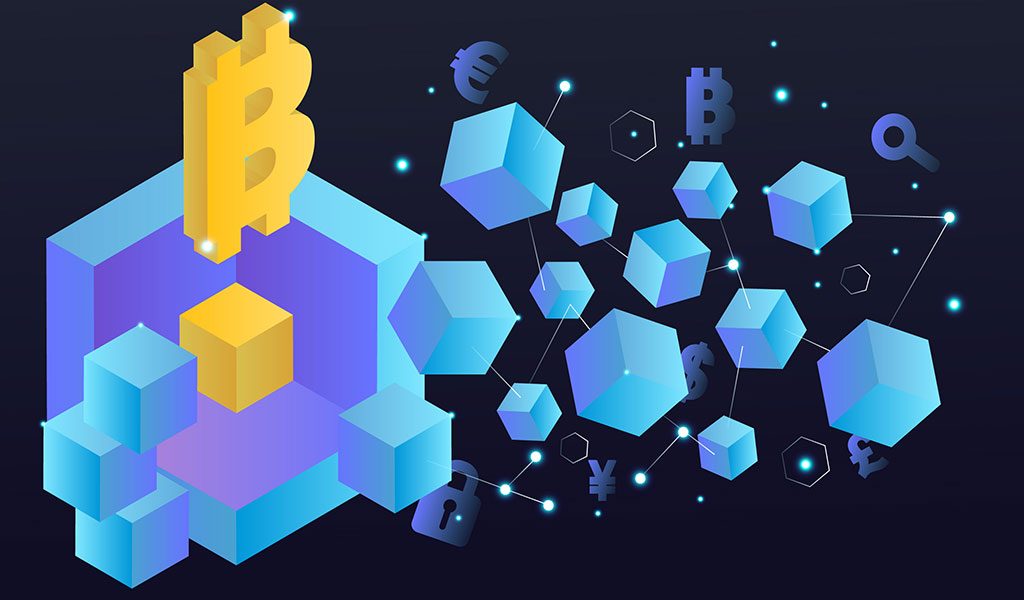 Blockchain and Bitcoin: Amazing Facts you Might have Missed

Blockchain rose to ranks with the success Bitcoin generated. I remember a lot of my friends attributing blockchain with Bitcoin as it was one in the same thing, and I would always correct them about what the terms actually meant. It always frustrated me that just knowing some facts about Bitcoin and blockchain interested people more than actually knowing about the technology and intricacies of what blockchain is, how does Bitcoin work or even what is cryptocurrency and etc.

So I decide to ponder on these facts myself and to my surprise, I found some pretty amazing things that I did not know before.

Among a plethora of unusual facts out there, here are some Interesting things about blockchain and Bitcoin that raised my eyebrows.

1: 77 billion people use the internet, and 0.5% of them use blockchain in some form by now.

Not so small is it?

2: Blockchains can be private or public.

I always thought of them to be public. All of us know a very popular example of public blockchains, which are the cryptocurrencies like Bitcoin, Ethereum and etc. A public blockchain comprises of an open network. Anyone can download, read or write the protocol and become a part of the network.

Private blockchains, on the other hand, are “invitation-only” network governed by a single entity. They are more secure and faster than public Blockchain, but take more time processing transactions. A good private blockchain example? My best answer would have to be Hyperledger.

Blockchains are forecasted to garner a huge $20 billion chunk from the global market. At present, they dominate the financial sector by 60.5%.

That must have awoken the greed monster in you. No? Well, maybe a little bit.
Bitcoin played a major role in what blockchain technology is today. Bitcoin in itself is growing steadily over time. If you had invested in at the right time, you might have grown with it.

2018 is almost gone. We are a few days short of 2019. That gives you one year to ‘hopefully’ make the best of Bitcoin. As experts predict, the price will soon be halved.

6: The number of Bitcoins has now reached an approximate value of 17.30 million, by September 2018.

Now why do I tell you that. Ignoring the mysterious genesis block, the lost and unaccounted Bitcoins, there are an approximate total of 21 million Bitcoins, and we have used up 17.30 million from that. Who knows what’ll happen when we reach that number?

I don’t know about what, but I do have an estimate of when it might happen. We might max out on our Bitcoin limit by 2040. That’s a year and a decade of unknown possibilities from now.

8: The Bitcoin Network is more powerful than 500 super computers working together.

If you are still missing the Bitcoin action, don’t’ worry. You are not alone in that. You see places like Saudia Arabia, Kyrgyzstan, Morocco, Algeria, Bolivia, Ecuador, Nepal, Bangladesh and even China do not approve and support any transaction involving Bitcoin. 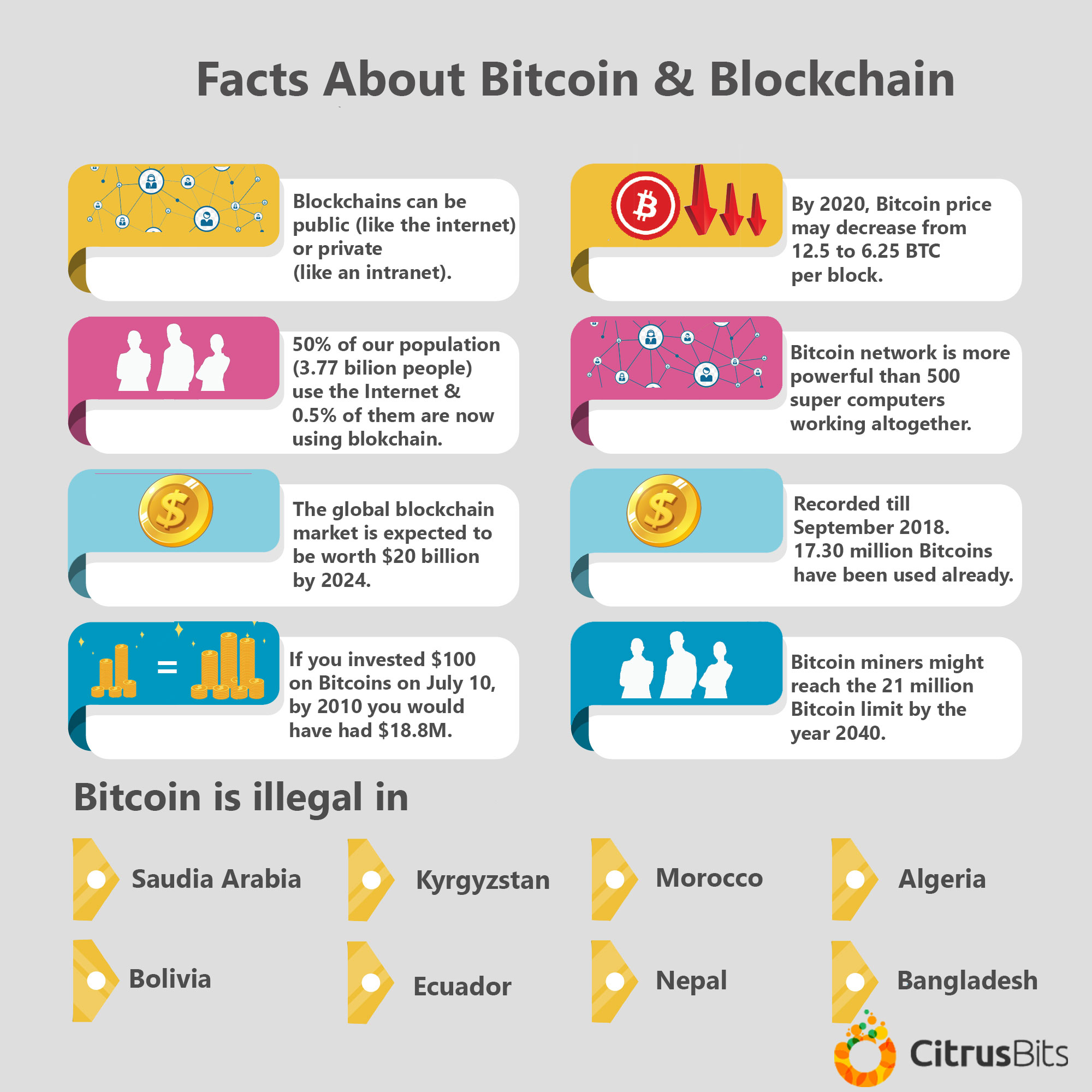 Lets look at the more unusually ‘cool’ things about Bitcoin.

Did you know that 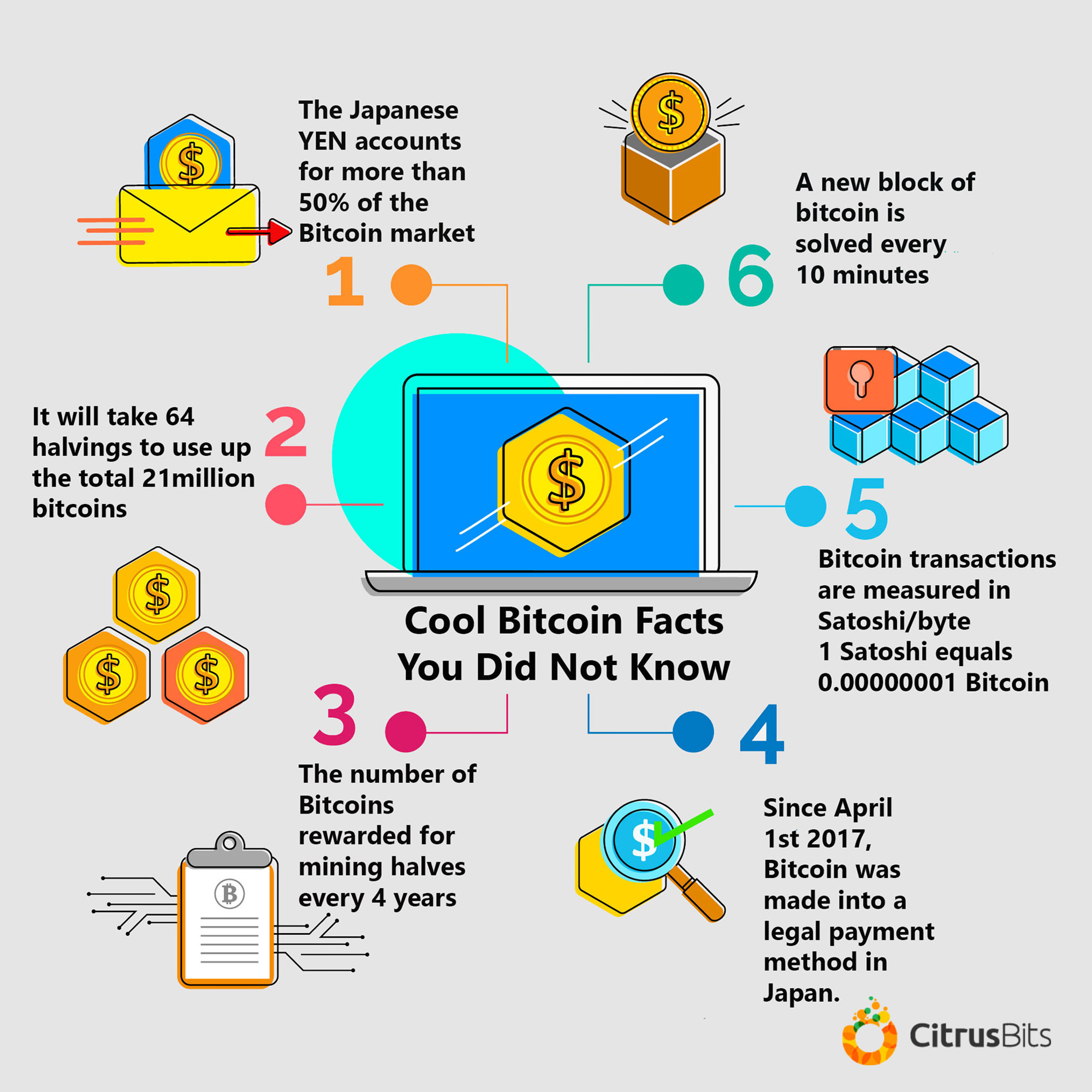 So, other than some cool facts, what else is there to blockchain? I started off earlier that Bitcoin is just one example of an advocate of the blockchain technology. Blockchain can be and already is, used in countless different forms and industries. Let me share a few.

Electricity bills are one pain everyone goes through. I’m not just talking about actually paying them, but keeping a track and managing them as well. If not you, then surely the organizations do. Blockchain can be used to modernize, very effectively, how the information of electricity consumers is shared with the utility providers. It will not even be more convenient but it will also be more secure and automated.

Working up the media buying Agency

Media buying is another giant in itself.  Already there are good businesses using blockchain to buy ads and keeping track of those transactions. One of these includes Unilever.

Innovation in the shipping Industry

The shipping industry is a complex web of logistics used to keep track of goods and move them around dozens of shipping lanes in the world. Blockchains can untangle this web of complexities and reduce the work load to a considerable amount.

Every year, around 2.5 million scientific research studies are published. For every 2.5 million of these studies, researchers have a difficult time authenticating the results and findings. In an article the very problem is addressed by suggesting the use of blockchains. It says and I quote, “Blockchain would make sharing, authenticating, and certifying information much faster and easier — and render it nearly impossible to alter data.”

One would think, that by 2018 our person identification process would become flawless but it hasn’t. There are more than 1 billion people in the world without any way of proving their identity. Decentralized digital identification, a Microsoft blockchain project, aims to change this dilemma. Has me looking forward to it.

These “could be uses” are just a few examples of how the Blockchain technology is and can be used in something other than a form of digital currency. Visionaries like Bill Gates and Mark Zuckerberg are already on this track of exploring, stretching and disrupting with Blockchain.

Here is a list of some of the IT giants heavily invested in the Blockchain concept. 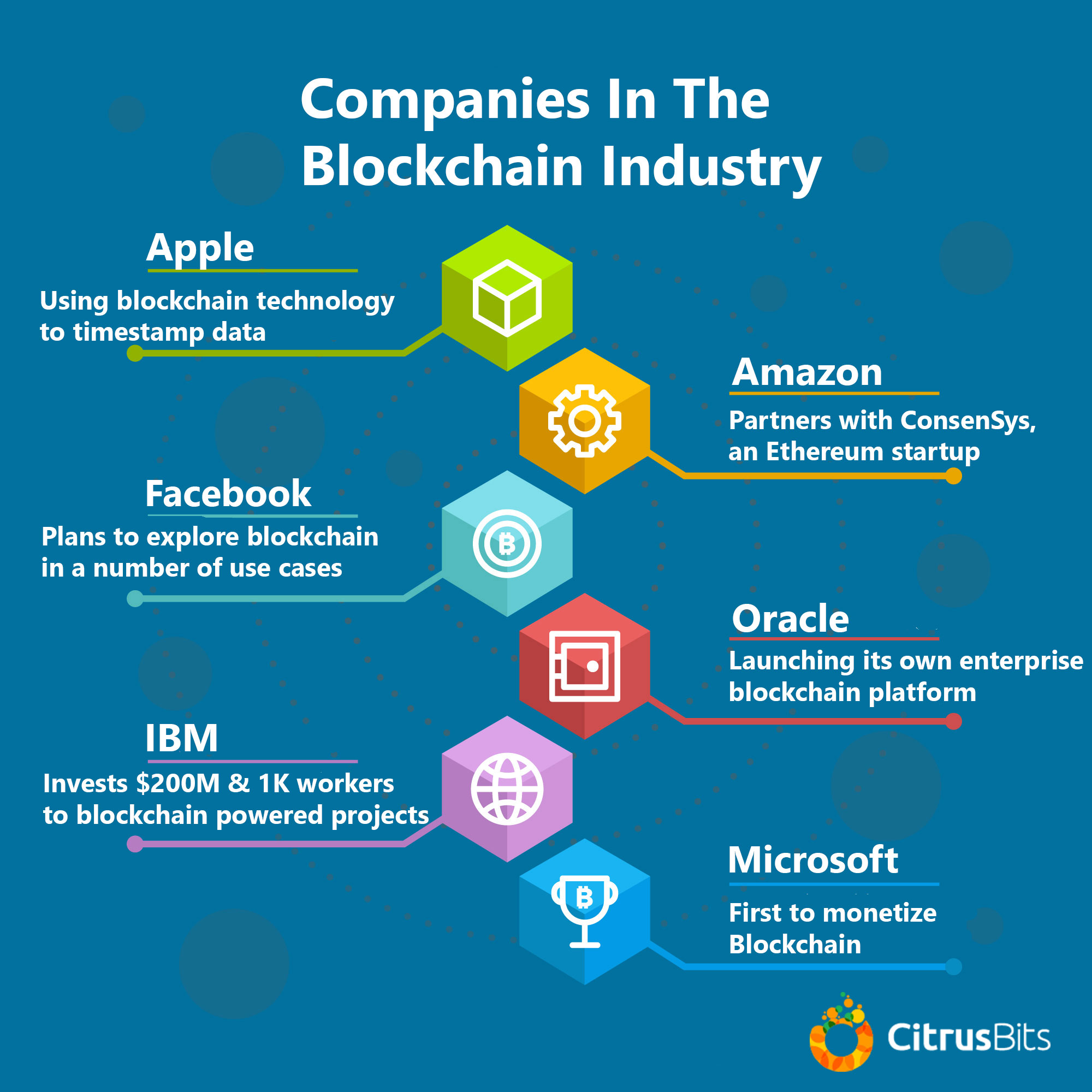 An everlasting IT giant, ranked number 20 on the Global 2000. It was one of the first organizations to monetize blockchain services. At present, they have a number of blockchains, used through their Azure platform.

Oracle joined the Hyperledger Fabric in 2017. Since then, they have become the 107th largest company on this year’s Global 2000 list. They are now preparing to launch their own enterprise blockchain platform.

Mark Zuckerberg explained that his company plans to explore blockchain in a number of different use cases. That is why he put some of his best executives on blockchain

Ranking 53 on the Global 2000, this ecommerce giant is offering cloud integrations for a number of various blockchains. They recently partnered with Ethereum powered startup ConsenSys.

According to US electronics, Apple sent in a new patent application for a technology using blockchain to verify and create timestamps.

At the moment, the blockchain universe seems vast and bursting with unexplored opportunities and possibilities. We will soon see something equally spectacular and mind boggling like cryptography. Got a great Blockchain idea? Set up a free appointment with dapp development experts at CitrusBits and maybe we can help you refine your idea.