The Curious Case of the TikTok App: The Good & the Ban 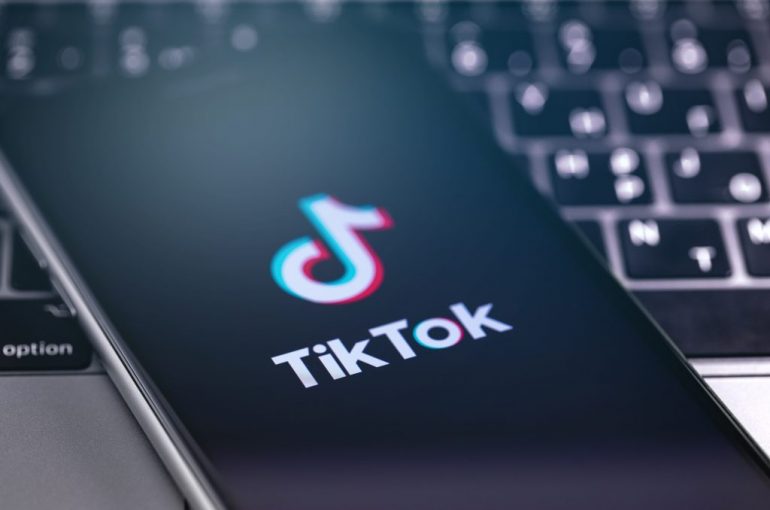 TikTok – the app that started out as Musical.ly in the US and went through a (Kafka-like) metamorphosis overnight only to be introduced to us as ByteDance’s Tik-Tok. Its journey has taken a very melodramatic turn. While the app is every adult and teen’s sweetheart, it turns out the Trump administration is not quite a fan.

The Chinese-owned video-making and sharing platform have also been caught up in concerns over potential state-backed censorship with tensions between the US and China escalating. But we’ll get to that later.

TikTok inherited the Musical.ly audience too before it started out with this new identity. Soon, it became hype and a trend-setter. It provided a platform to the creatives, the bored, and even some businesses. It has experienced exponential growth and is doing so even in 2020.

The figures released from mobile data and analytics company AppAnnie show that TikTok has remained one of the top downloaded apps on charts this year as it did the previous year or year before that.

And it continues to lead the free social app download rankings.

Before we get to the ban, let’s dissect the app a little and have a look at the goods of this 16-second video-making/sharing app and understand what makes it so appealing.

TikTok in a Nutshell

Chinese know TikTok as Douyin and it existed for the Chinese market long before it traveled to the US or other parts of the world. TikTok has over 800 million active monthly users with 300 million active users in China alone.

Fun-fact: TikTok app’s logo is a fusion of the Musical.ly and Douyin logos.

Just as Musical.ly, the TikTok app is based on a similar short-video concept. The videos aren’t any longer than 16 seconds at most. Unlike Musical.ly, TikTok is broader in scope with many fun offerings and isn’t based on lip syncing to music alone.

As a TikTok user you get a diverse collection of sounds and song snippets to choose from to add to your clips. What’s more, you can add filters and special effects to your short videos. It also lets you insert videos made on your phone directly. TikTok introduced the reactions feature not too long ago that lets you record and share your reactions on other users’ videos. It  also has a digital well-being feature that alerts you for having spent more than two hours on the app.

As a user of TikTok, you can make a range of videos from challenges to dance videos, magic tricks and comedy and drama. The main distinguishing feature between Musical.ly and TikTok is that this latter seems to have a much wider video production reach.

The app relies heavily on the hashtags and trending challenges. These are community-led, and typically begin with a short video that introduces a unique challenge. The concept being-people copy and create their own rendition of a particular challenge or trendy behaviour. Challenges can come and go very easily, but those picked up by celebrities or influencers online are the ones that hold the most traction.

This one’s my personal favorite. I never tried the challenges myself but they do make a good entertainment source. There’s no denying that.

As per user stats by research firm Sensor Tower, the app has had more than 2 billion downloads with 623 million downloads during the first half of this year. India has the biggest market, followed by Brazil, and the US. Many stars including Mariah Carey, Will Smith, Justin Bieber, Jimmy Fallon, Terry Crews, and Kim of the Kardashians too have hopped the TikTok bandwagon.

So what is it about TikTok that people cannot seem to put their phones down?

What Makes TikTok so Addictive?

Is TikTok is unique and unusual because it’s the only Chinese social platform with international exposure, and an appeal that encapsulates the Western world? Or is it because of the concepts and mechanism?

Either ways, Millennial and Gen-Z especially long for micro-entertainment and they love TikTok. This makes to the list of TikTok’s defining appeals. Videos are fun and interesting, short, and stylish.

TikTok allows its users to follow other accounts and create a feed of new and diverse content from the creators they follow or enjoy the most. The “For You” feed on TikTok shows diverse content from users that you wouldn’t normally consider following. Perhaps it’s another reason why users find TikTok appealing. The app allows everyone – even the users with few followings – to “go viral” and become stars overnight.

The app has introduced many regular users to stardom. Take Baby Ariel (Ariel Martin) and Loren Gray for instance, who joined Musical.ly in 2015 and are now the most-followed users on TikTok with over 40 million followers.

Now, What About the Algorithms?

Similar to other social media platforms and applications, TikTok feeds were engineered using a recommendation algorithm that uses an array of tools and factors to customize it for each user.

The recommendation algorithm for TikTok is designed around input factors. It works in a manner similar to how YouTube measures and tracks user interaction.

The recommendations a user is served are based on how a user interacts with the app, and that includes following a particular account or posting a comment. If you only follow humorous comedy-related accounts, and solely double tap to like or comment on videos related to comedy then that is what your TikTok recommendation will be.

This is how TikTok’s algorithm infers what a particular user is really into and personalizes the feed based on those gatherings.

But user interactions are just one aspect of an entire equation. TikTok notes that the video data – which may contain details including captions, sounds, or hashtags – and devices, or sign in settings also play a role in what appears on your feed. Language choice, country settings,  as well as the type of device a user uses also factors in ensuring “the system is optimized for efficiency.”

However, in comparison to other data points, device and account settings receive lower weight in the recommendation system as users don’t actively express these as preferences.

Why the Potential Ban?

ByteDance introduced TikTok in the US by purchasing Musical.ly in 2017 for $800 million and a Chinese app gaining popularity and collecting user data is what has given the President of the US a scare.

Trump has referred to TikTok as a national security threat because of its owner, ByteDance, a Beijing-based company. Although, TikTok has insisted that it does not share any US data with the Chinese government.

Here’s what happens next, as per an executive order issued by President Trump in early August, unless the US segment of TikTok is taken over by an American company (i.e Microsoft, Oracle, and some other prominent tech giants and Walmart called dibs earlier) during the next few weeks, the video app will be banned across the States starting the week of September 20.

The executive order may have been issued in August, investigation of TikTok by the Committee on Foreign Investment in the United States was first reported in November 2019. So the investigation and fear has been boiling in the cauldron for quite some time now.

Howsoever long this broth has been cooking, there is simply no evidence supporting or proving any illegal sharing of data with the Chinese government. Although a lot of general issues such as data retention or the risk of misinformation are mentioned in the executive order, there is nothing that does not extend to dozens of other applications i.e Facebook or Snapchat.

We all know what Facebook is doing to our data. So, is TikTok really off-track or an issue here?