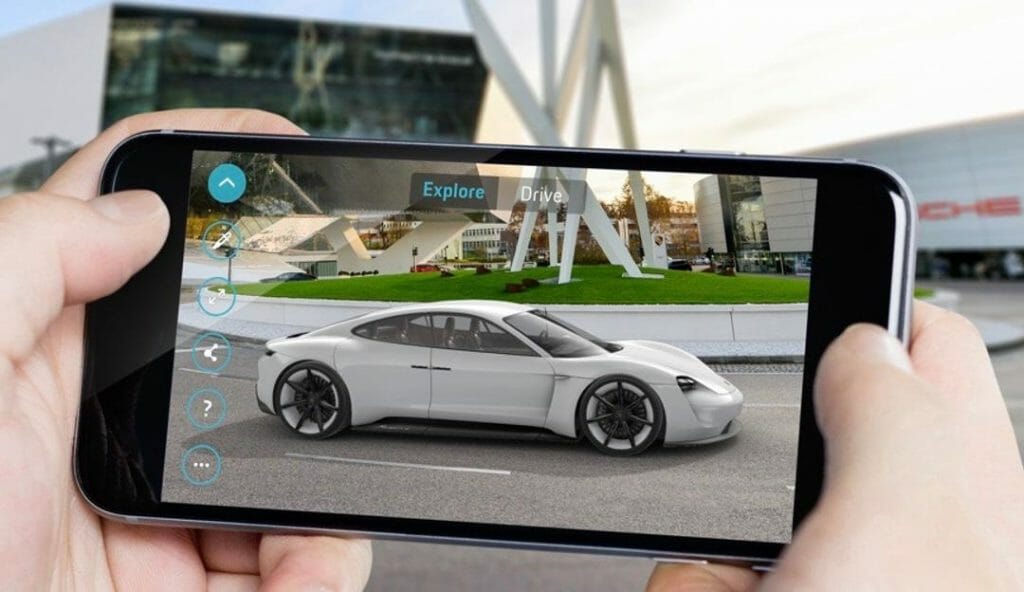 It’s easier than ever to launch an AR app, no matter your business size.

When augmented reality (AR) first materialized in the public’s awareness, it was often dismissed as “eye candy” – an engaging but superficial way to make a product or brand sizzle.

Even Pokémon Go, the smash hit mobile game that helped usher AR into the mainstream three years ago, is AR-optional and relies more on its innovative GPS-based gameplay than augmented reality.

Over the past two years, however, we’ve seen market leaders across nearly every segment discover and develop innovative and deeply meaningful uses for mobile AR.

Amazon has added the ability to preview and interact with merchandise in an AR view, as has IKEA via its IKEA Place app. Other retailers such as Anthropologie, Macy’s, and Pottery Barn have been rolling out AR features in their mobile experiences as well. Even auto manufacturers like BMW and Porsche are getting in on the action, using AR not only to preview certain colors/configurations but also to shed light on the technologies inside the vehicle.

Google is one of the biggest pioneers in the mobile AR space, its obvious investments in the ARCore platform aside.

Locked in a fierce battle with Apple for mobile AR supremacy, Google has been aggressively launching meaningful AR applications ranging from real-time translation with Google Lens, to AR search results in Google Search, and even AR-based navigation in Google Maps, which is reportedly already in limited testing.

Just about every global consumer brand with an inkling of where the market is headed, has either already created an AR experience or is seriously contemplating doing so.

AR has the potential to grab users’ attention and create an emotional response to your company’s product or brand. That we already knew — and is why marketers are so bullish on the technology.

In ecommerce, studies have shown that 61% shoppers prefer to shop with retailers that offer AR over those that don’t, with 40% saying they’d be willing to pay more for a product if they could experience it through AR.

From the user’s point of view, AR has the potential to enrich our experience of the real world without forcing our attention away from reality.

Nowhere is this more apparent than in industrial and medical applications, where AR applications can eliminate the need to look away when surgeons or field workers are performing a critical or risky procedure.

There’s a common misconception that in order to create an AR experience, you need to put hundreds of millions of dollars into R&D to develop the computer vision capabilities required to make an AR experience believable.

In reality, Apple, Google, and a few other platform builders have already done the hardest work.

Both SDKs leverage the robust computer vision capabilities that Apple and Google have separately been developing over the past few years, adding sophisticated plane detection, motion tracking, dynamic lighting, and even face tracking capabilities, to name just a few.

The fact that these core technologies — which have required billions of dollars and nearly a decade to develop — can be leveraged by experienced mobile developers, allows companies and developers to focus on the content and overall app experience, rather than on building the underlying AR technology.

Since the inception of VR and AR, Unity has been one of the industry’s most popular software development frameworks, such as for VR platforms Oculus, Vive, and Windows Mixed Reality — but also for mobile and web-based AR applications. Because Unity is a cross-platform framework, the benefit of developing on Unity is that it is possible to deploy a single product onto several platforms (iOS and Android, for example) with minimal duplication of effort.

And now, as of Unity version 2019.3, developers can now use Unity as a library within native mobile apps built on other platforms.

What this means is that developers can now add Unity-based AR content into existing mobile apps much more easily, rather than having to build the entire app on Unity, from the ground up.

While the biggest companies in the world have already been investing billions into bringing AR experiences to life, there’s still a tremendous amount of growth expected in this market.

According to IDC, the AR market is expected to grow to $50 billion by 2021. Mordor Intelligence predicts it will expand to $73 billion by 2023, fueled in large part by expected growth in AR hardware, namely glasses.

A lot of that growth might also come from SMBs and startups that are starting to pile into the opportunity, too.

“CitrusBits enjoys the opportunity to create mobile AR experiences for some of the biggest and most respected organizations in the world,” explains Harry Lee, CEO of CitrusBits, the #1-rated AR development company according to Clutch and The Startup. “But recently, we’ve also had many compelling discussions with SMBs and entrepreneurs around AR experiences. Beyond understanding that AR is now a commercial reality, these smaller businesses now appreciate that AR is within their grasp – technologically and financially — thanks to the services of companies like ours.”