The Next Wave of Social Media Monetization & Social Commerce 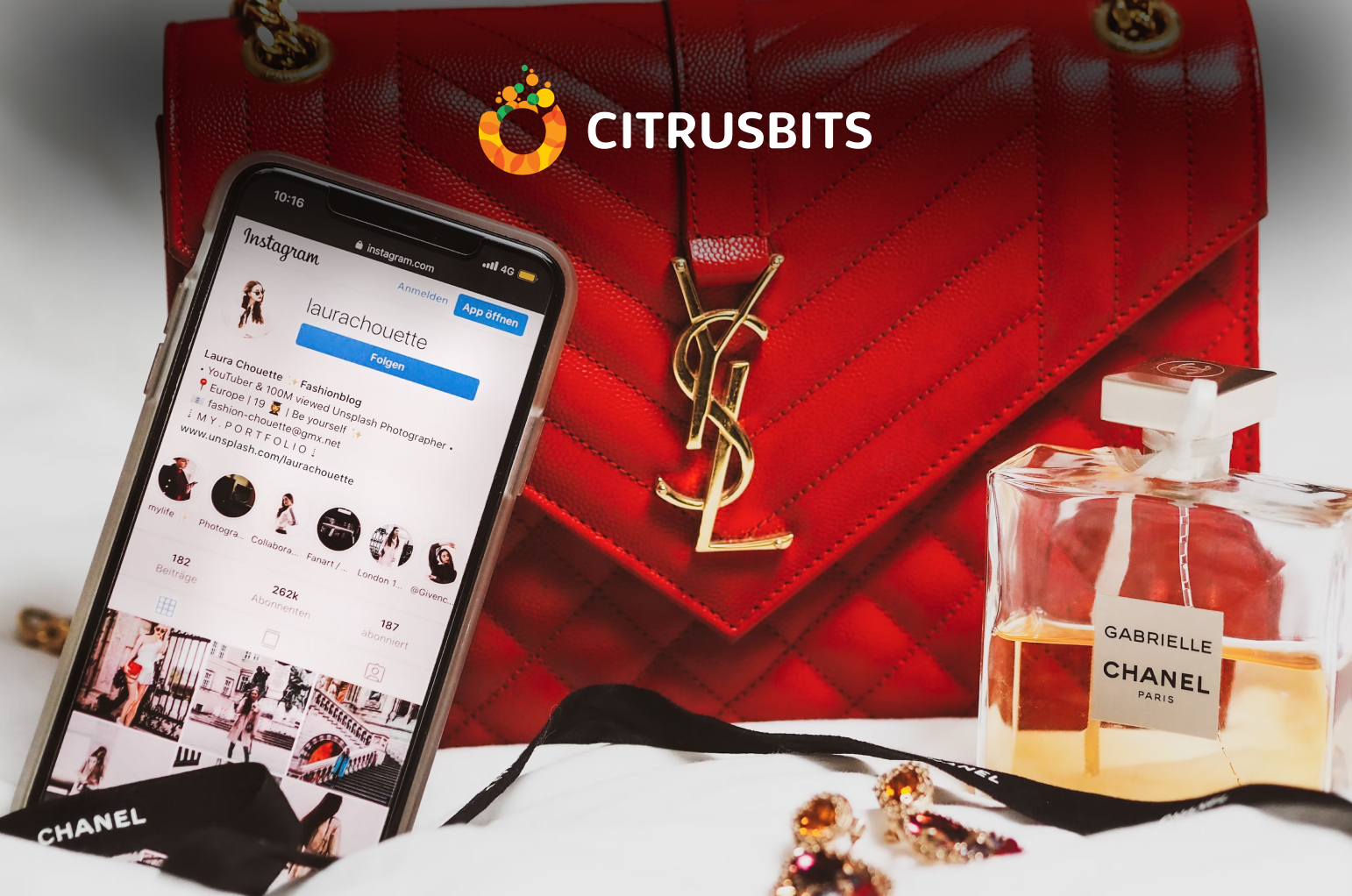 At its core, social media has always been an effective medium for connecting people despite geographical boundaries and time zone differences. Be it adding friends on Facebook or sharing your thoughts with the world through a tweet, social media holds out the promise of connection.

The whole experience of bridging the gap between regions of the world and connecting more people through social media has gone to the next level, thanks to Web 3.0. The interaction has become more immersive and seamless as new concepts like social VR have emerged and gained popularity in no time.

To learn more about how immersive technologies like AR and VR are transforming the social media landscape, visit our blog, The Future of Social Media Powered by VR. 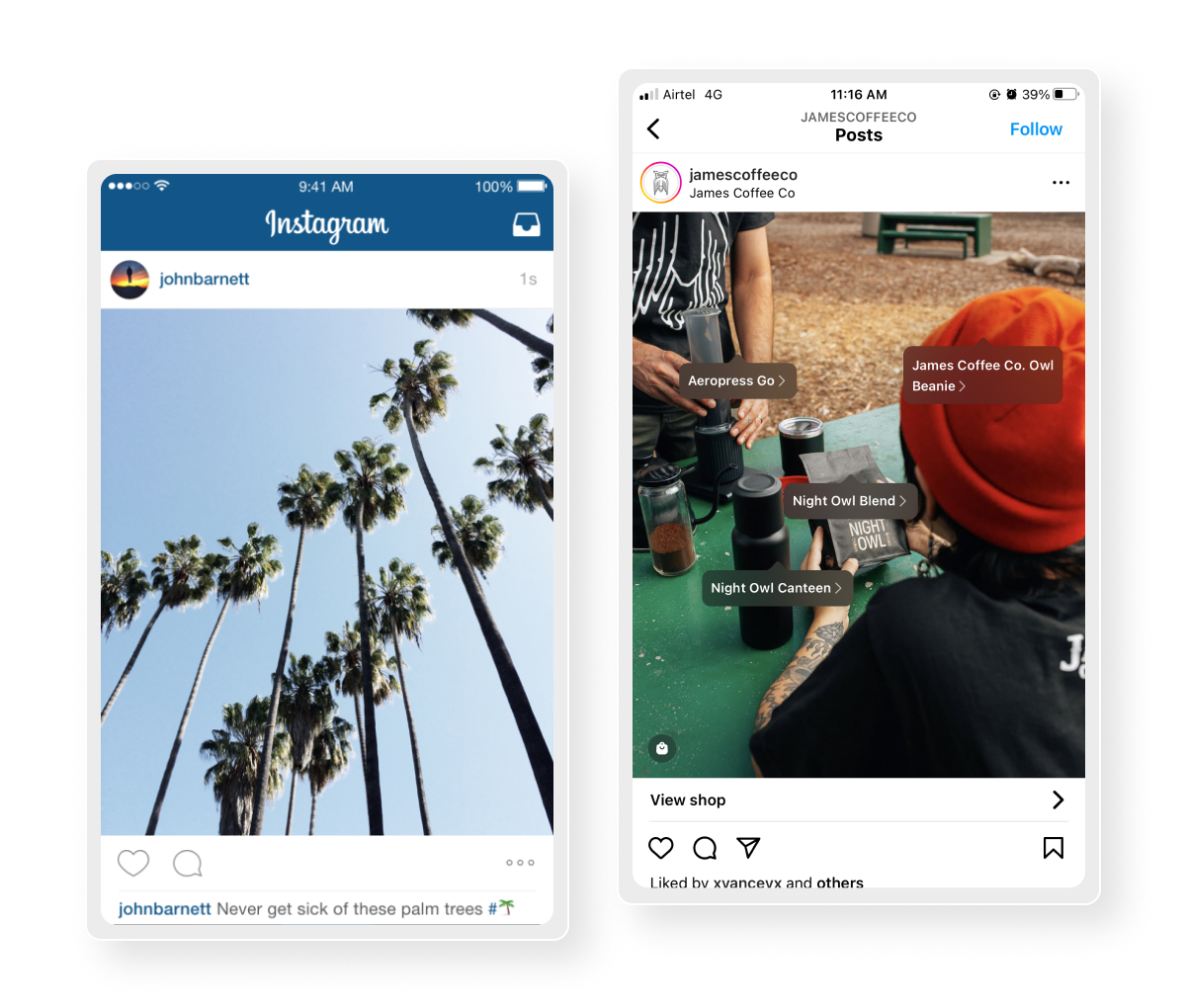 Although the tools needed for back-end and front-end development might vary depending upon the platform, the most common ones include the following:

Considering its ability to facilitate interaction among people in ways we could never have imagined, social media is not limited to being an entertainment channel for the young generation anymore;  it’s a way of life. People from all age groups have started engaging with social networking platforms and businesses didn’t take long to understand the potential of social media to generate revenue.

Let’s take a look at the most popular and proven app monetization strategies that help social media apps generate revenue.

Integrating a third-party ad network into a social media platform is probably the most convenient, effective, and popular way of generating revenue. The concept of making money through advertising is not new. Rather, television and newspapers have been following this practice long before social media companies existed.

This unique observation will make the picture quite clear: if you’re not paying for a product, perhaps you’re the product.

We can say that your eyeballs are being rented out to advertisers by these social media companies. After all, there’s a reason why social networking platforms are designed to be so addictive and then flooded with in-app advertisements that you get exposed to. 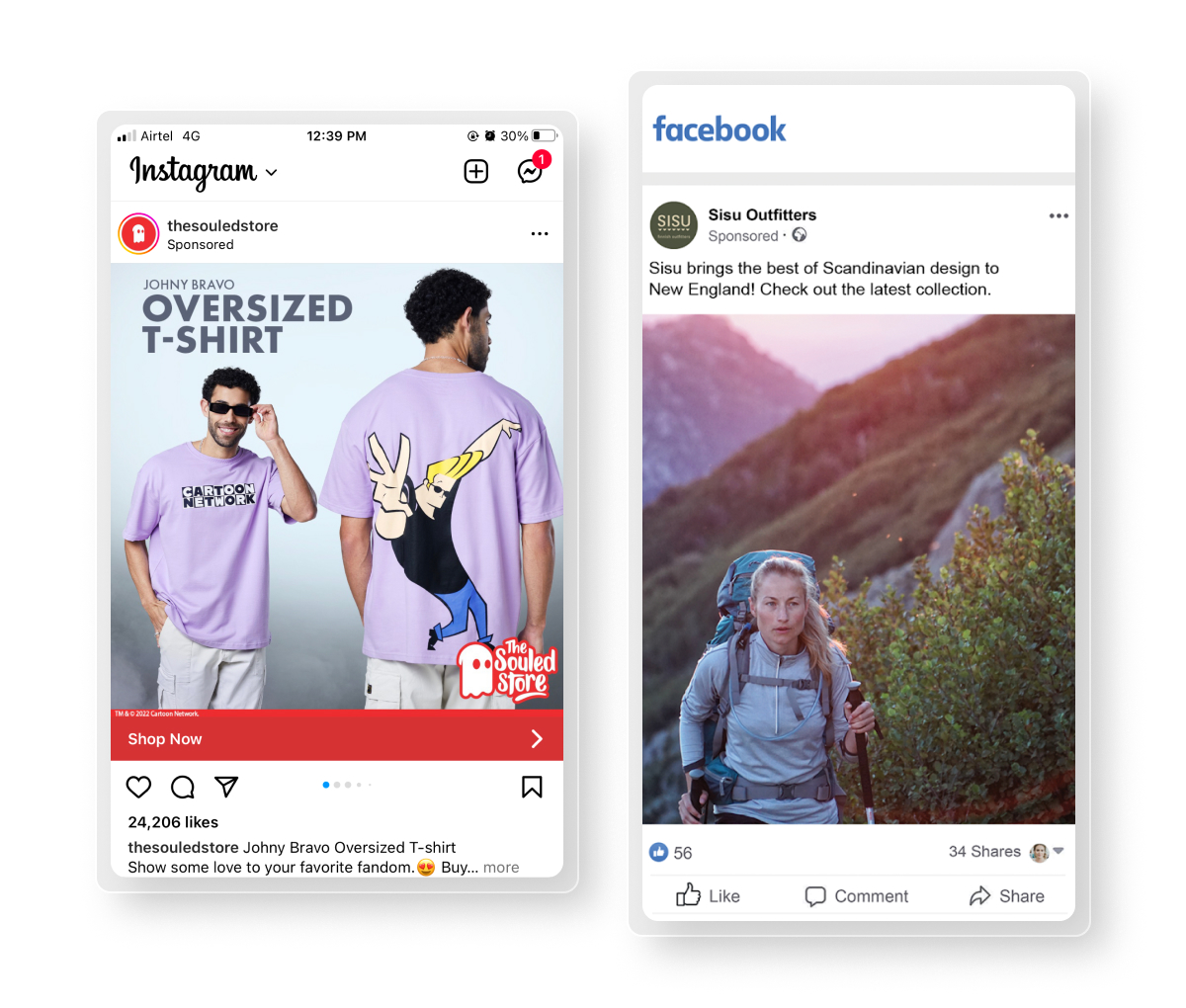 You can see this app monetization strategy implemented almost everywhere, from promotional posts on Reddit to Instagram’s story ads, sponsored tweets, and so on. Let’s look at the case of Facebook which had a total of 2.936 billion monthly active users (MAU) in July 2022, according to the latest global social media statistics. This means 2.9 billion pairs of eyes ready to be exposed to the latest products and services that companies are advertising on Facebook.

But how does Facebook benefit from this? Well, Facebook and other social networking platforms charge companies and let them advertise on their sites in return. The app owners get paid based on the number of impressions or clicks that they get on the ads and the type of ads that they run ( out of the four types: banner ads, video ads, interstitial ads, and native ads).

Advertising and sponsorship are two terms that are often used interchangeably, yet they are quite different from each other. We can say that advertising falls under the wide umbrella of services that are provided by the sponsors. 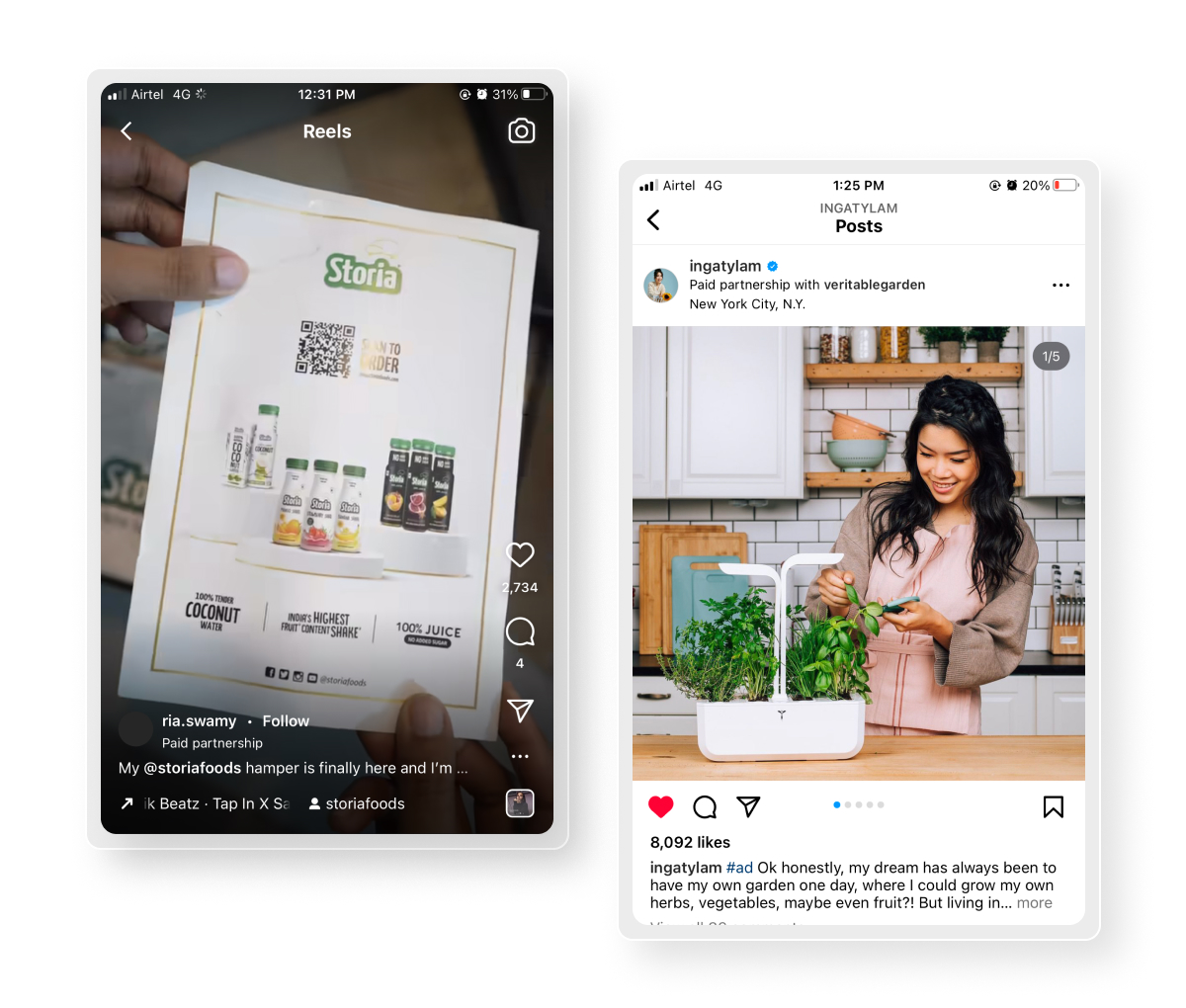 Although display advertising is one of the most commonly used app monetization tools by social media companies, it is also a fine line to tread. If users get bombarded with advertisements everywhere they go, they are likely to develop “banner blindness,”  a phenomenon of ignoring everything that looks or sounds like an advertisement.

In such a case, sponsorships are a great tool to break through the banner blindness of the users. Let’s take Instagram as an example in this case. Paid sponsorships on Instagram are partnerships between brands and Instagram users (social media influencers with a personal brand and follower base). The influencers can pitch the brands in their niche and create and post promotional content for their products and services.

Another notable and quite controversial social media monetization strategy is collecting and selling user data. This technique, despite all the debate that has been going on for years, is still considered by the general public as an exploitation of their privacy for monetary benefits.

We all know how apps collect a lot of user information in terms of user behavior within the app. This behavioral data is required by researchers in various fields. Let’s take the example of Facebook again. Social media is considered a gold mine of valuable business data. The company’s most valuable asset is how well it knows you: all the posts that you like and the pages you follow provide the company with a bit more insight into who you are and what will you most likely purchase.

In 2020, 97.9% of Facebook’s global revenue was generated from advertising. Advertisers pay for those insights and user information to make sure their messages reach the right audience.

Social media platforms are filled with data regarding a business’s current or even future customer base. It is all in the users’ opinions, habits, wants, and needs and scattered through their profiles, comment sections, likes, views, shares, conversations, and brand mentions.

Clustering is the most common approach used by data brokers, where different type of information is grouped together in a single cluster. This is how the data brokers use clustering on our database, and little by little they get a unique user profile that can be used to push targeted products and services

Offering subscriptions is a very effective way in terms of revenue generation, but the key is that the app should offer something valuable to the users so that they keep coming back for more every month. One of the best ways to go about it is to begin with a free trial, say 14 days or a 30-day trial, and then start charging a subscription fee to the users who wish to continue using the app with a paid plan. 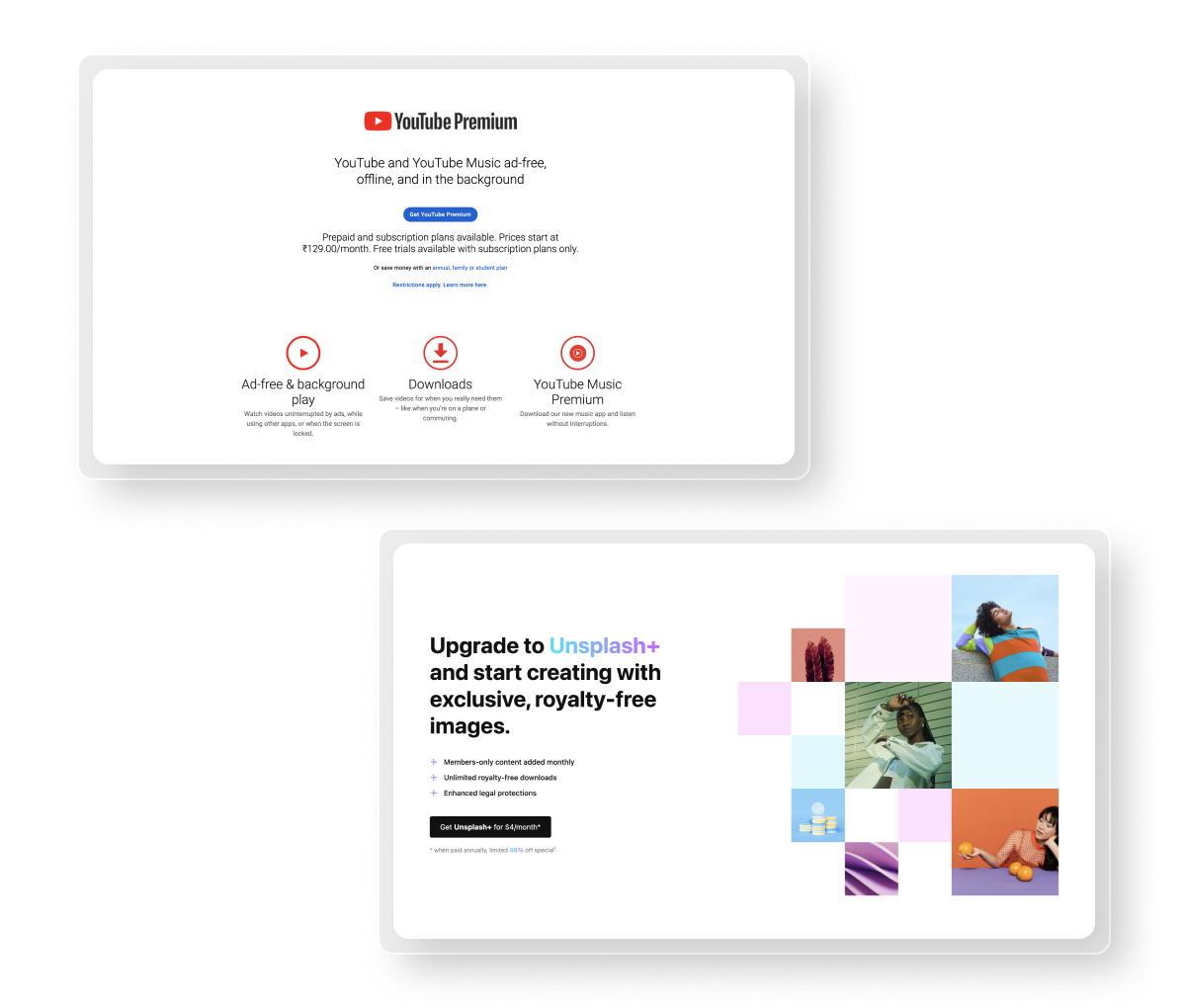 Another effective technique is freemium memberships. Freemium apps, like all other social media platforms, allow the users to download, signup, and use the application for free, but restrict some additional features hoping for the users to pay and get them unlocked.

For instance, Reddit is a free application to download, sign up for, and use. But a premium subscription to Reddit gives the users an ad-free experience and lets them access exclusive subreddits, earn profile badges, and more. The same goes for LinkedIn Premium, which lets members access learning courses, send InMails, and more.

It is a concept where a user purchases a set of virtual items from within the app. These virtual items can be special content or access to premium features in the app. In-app purchases generate substantial revenue for social media companies, and this model is surely going to dominate in the years to come.

Social Commerce Is the Way Forward

General consumer demand and behavior have caused businesses to pivot, leading to the coinage and adoption of “Social Commerce”, the buying and selling of products and services within a social media platform. 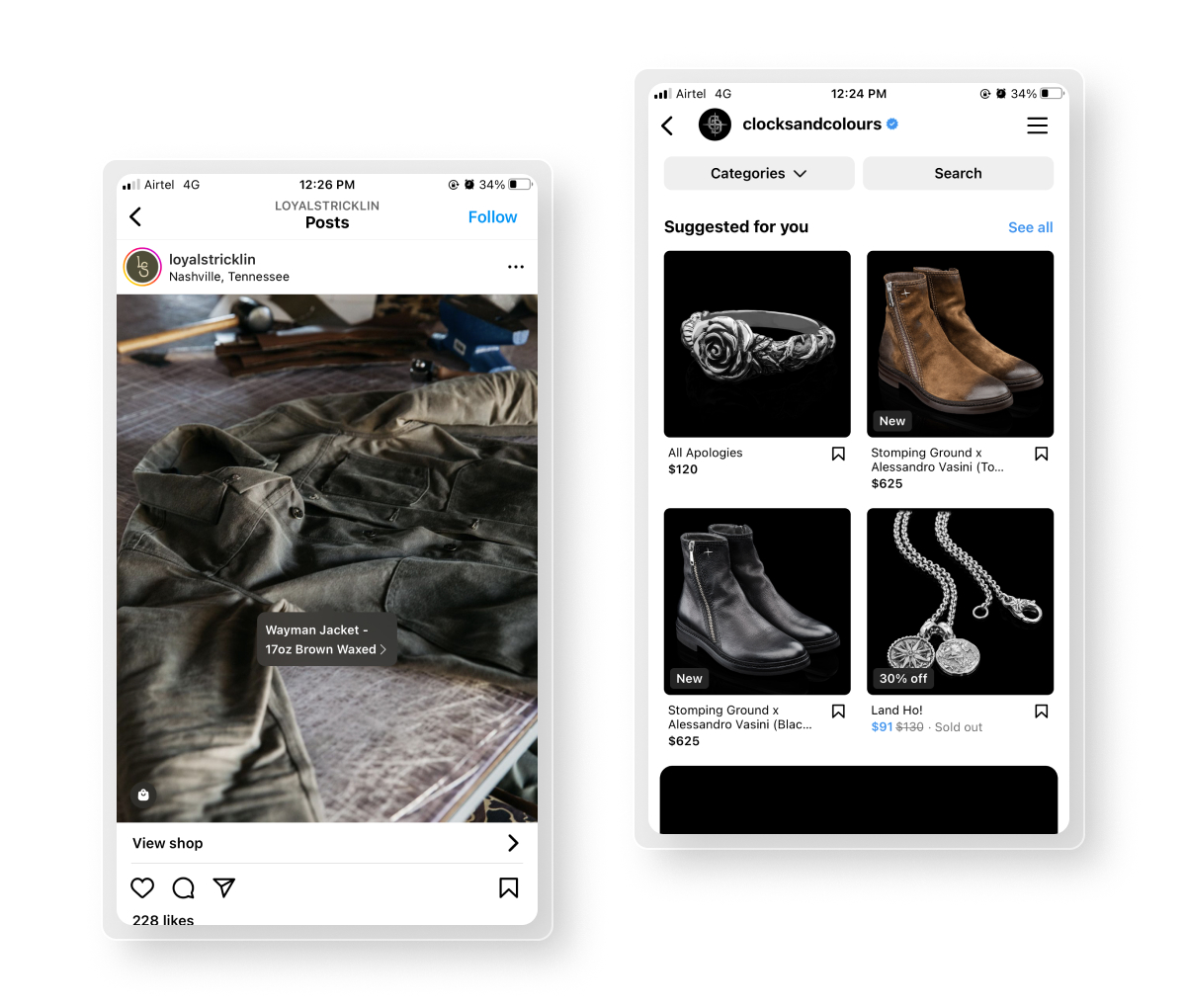 Social media platforms have introduced shopping portals with functionality to allow users to buy and sell products directly and complete an entire purchase without having to leave the platform. Various social media platforms like Facebook, Instagram, Pinterest, and TikTok have capitalized on the trend.

Globally, social commerce is projected to escalate to $1.2 trillion by 2025. It is all set to take up a huge chunk of the eCommerce market since consumers are more inclined towards doing their shopping on social media platforms.

The foundation of social commerce lies in common consumer behavior: we scroll through social media subconsciously and we love to shop. This gave rise to a new phenomenon under the umbrella of social commerce, Livestream Shopping.

By working with a celebrity or other social media influencer during a live stream on a social media platform, marketers can utilize livestream shopping as a marketing tactic to advertise and sell goods and services.

This gives the hosts and presenters a real-time insight into how the audience is responding to the product they’re trying to market. According to Foresight Research, live-stream shopping is projected to rake in $11 billion this year in the US. But this number is expected to go up in no time since social media giants like Facebook, TikTok, Twitter, and other platforms are quickly adapting to the trend. 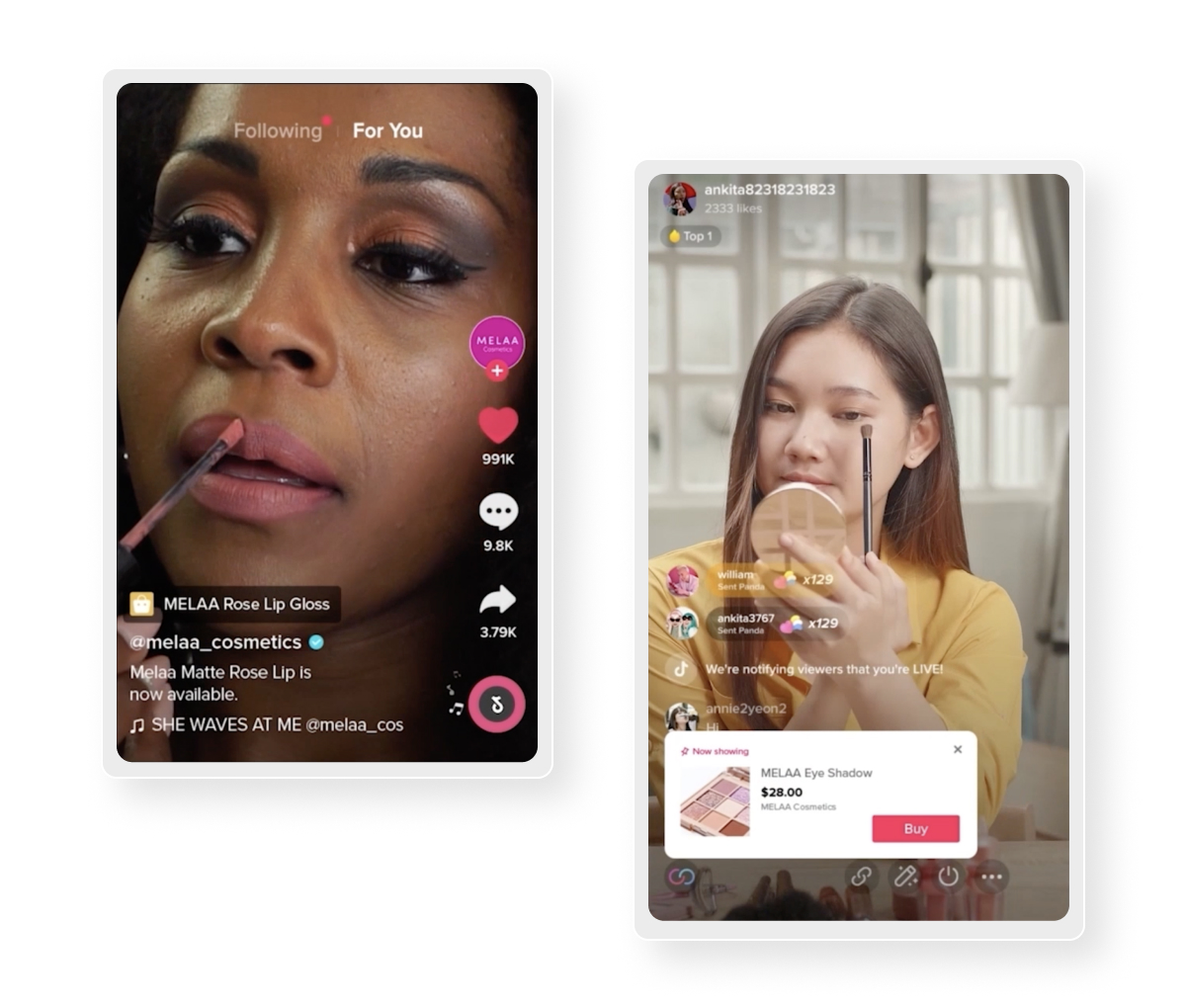 Recognizing its tremendous potential and business value, social commerce is the way forward, and there are no two ways about it. Building the right social commerce solution can be challenging. But we’ve got just the right tools and a skilled crew to build the project of your dreams.

At CitrusBits, we’ve developed advanced real-time audio and video streaming social apps like Erupt for renowned businesses and names like Emmy-winning film producer Edward Walson and former ABC News and GMA producer Bryan Keinz. Our extensive experience combined with our arsenal of popular third-party tools like Hive and Agora places us among the top mobile app developers in the US.