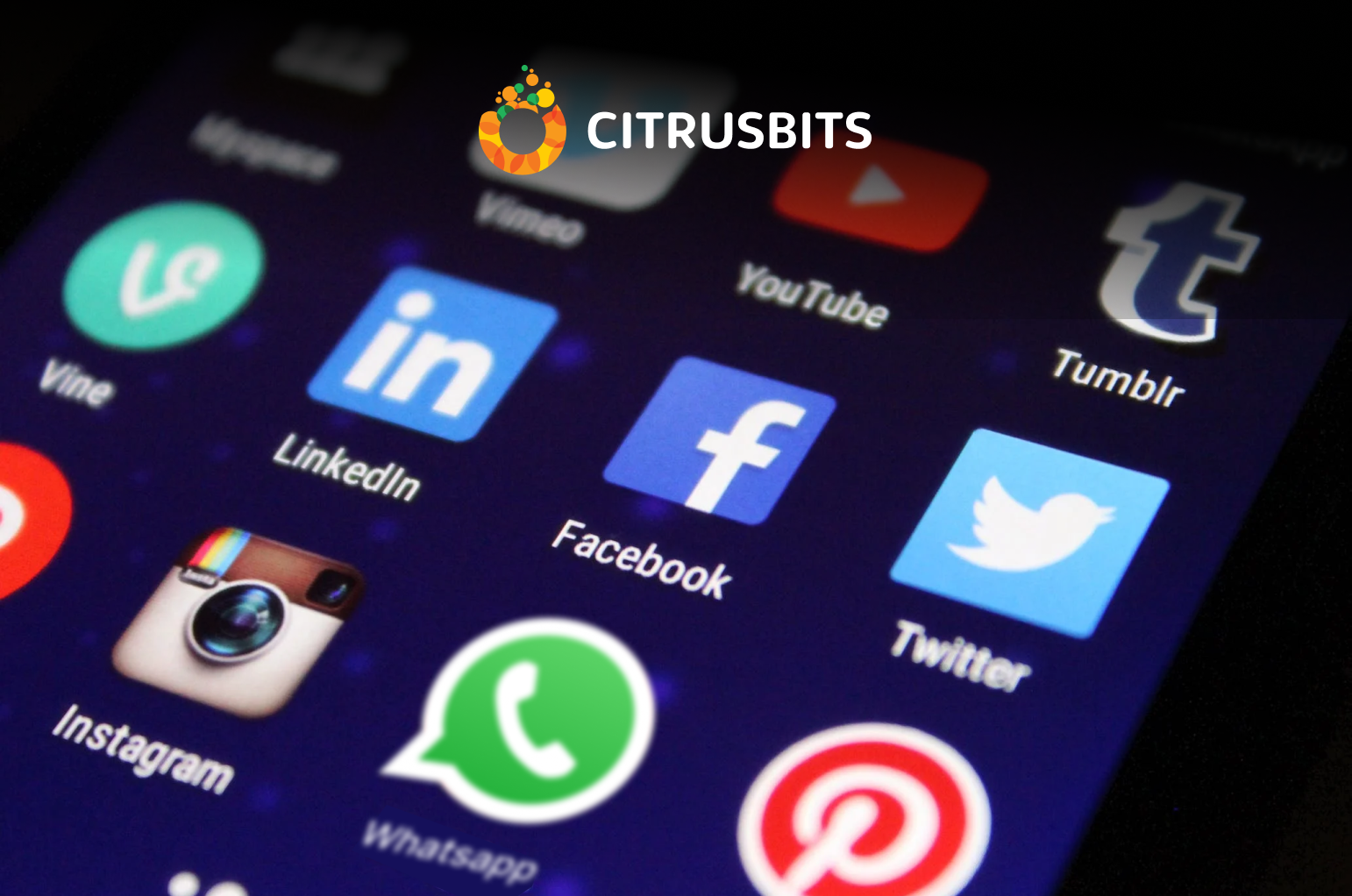 We have a question for you; what apps on your phone do you use the most? We’re willing to bet that a lot of them are social media platforms.

The easy accessibility of these apps has given anyone with a phone the power to create content. People spend an average of two hours and 27 minutes a day on social media, taking and sharing photos, connecting with friends, scrolling through their news feed, and even offering and purchasing goods and services.

According to a recent study, there will be nearly 3.6 billion monthly social media users this year, which is more than 8 in 10 internet users. This might be enough reason to for you to consider building a social media application of your own. However, the planning and development process can be overwhelming since there are a lot of things to consider when building your own social media mobile app.

We’ve compiled a rundown of the most common types of social media apps, trending technologies to be integrated, and the tech stack for social app development.

The following are the most common types of social media apps:

Essential Features and Technologies of a Social Media App

After you decide what type of social media application you want to make, next comes the process of defining your app’s defining features, use cases, customer journey flow, and aesthetic.

The UI should make it easy for the users to navigate through the application. That means creating an appealing and interactive visual design aligned with the app’s functionality. 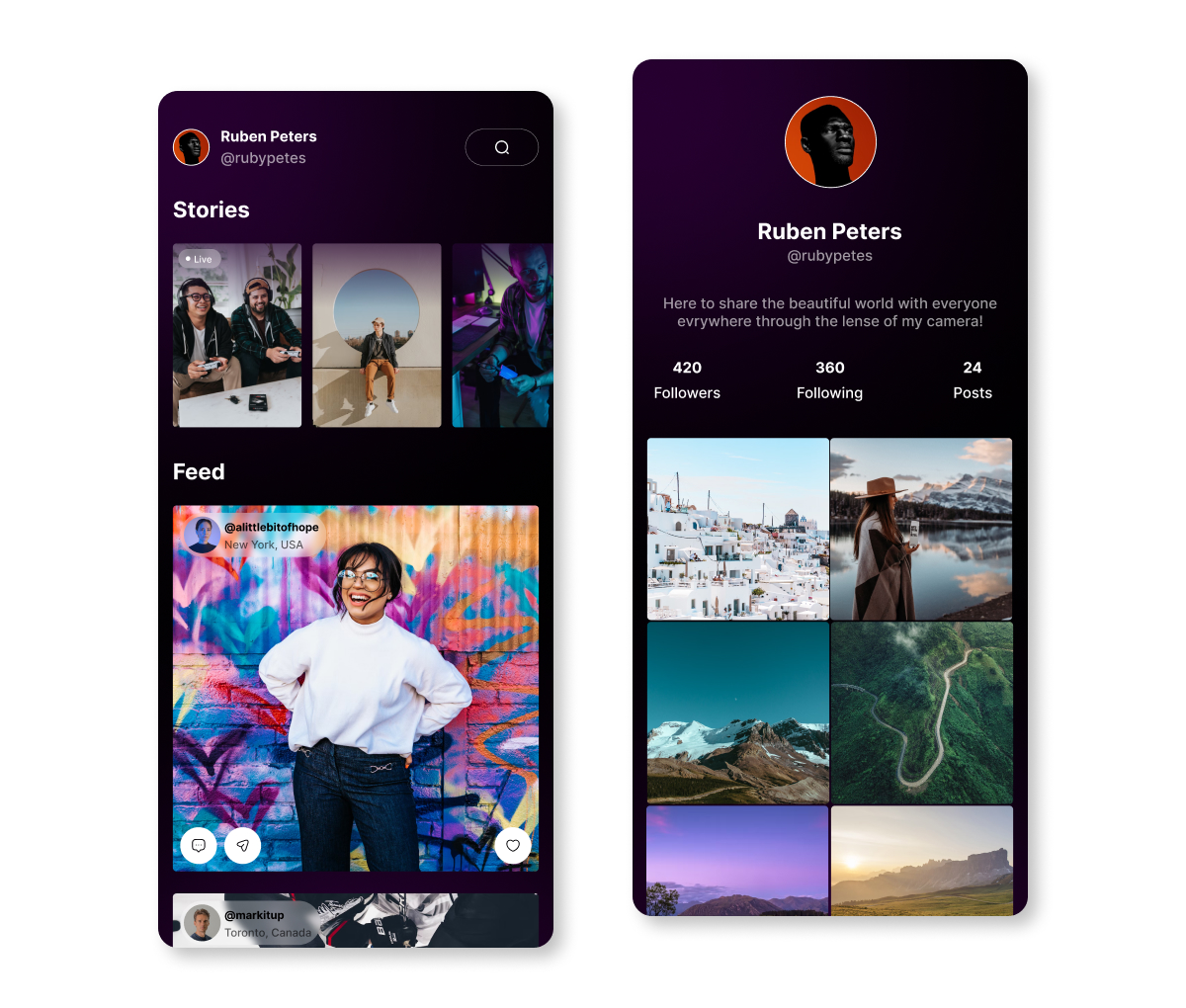 Users should be able to search for anything through the app easily by usernames, tags, and location.

Poor design can lead to the failure of the whole social media platform. Users do not prefer apps that throw too much at them and give them sensory overload. A consistent and accessible design with thoughtfully chosen color schemes, fonts, and visuals is the key to an interactive and appealing application.

The registration and login process should be kept fairly simple considering the short attention span of most internet users. Your app’s users will probably share their personal information to sign up or log in to your app, which must be kept secure to prevent malware attacks. 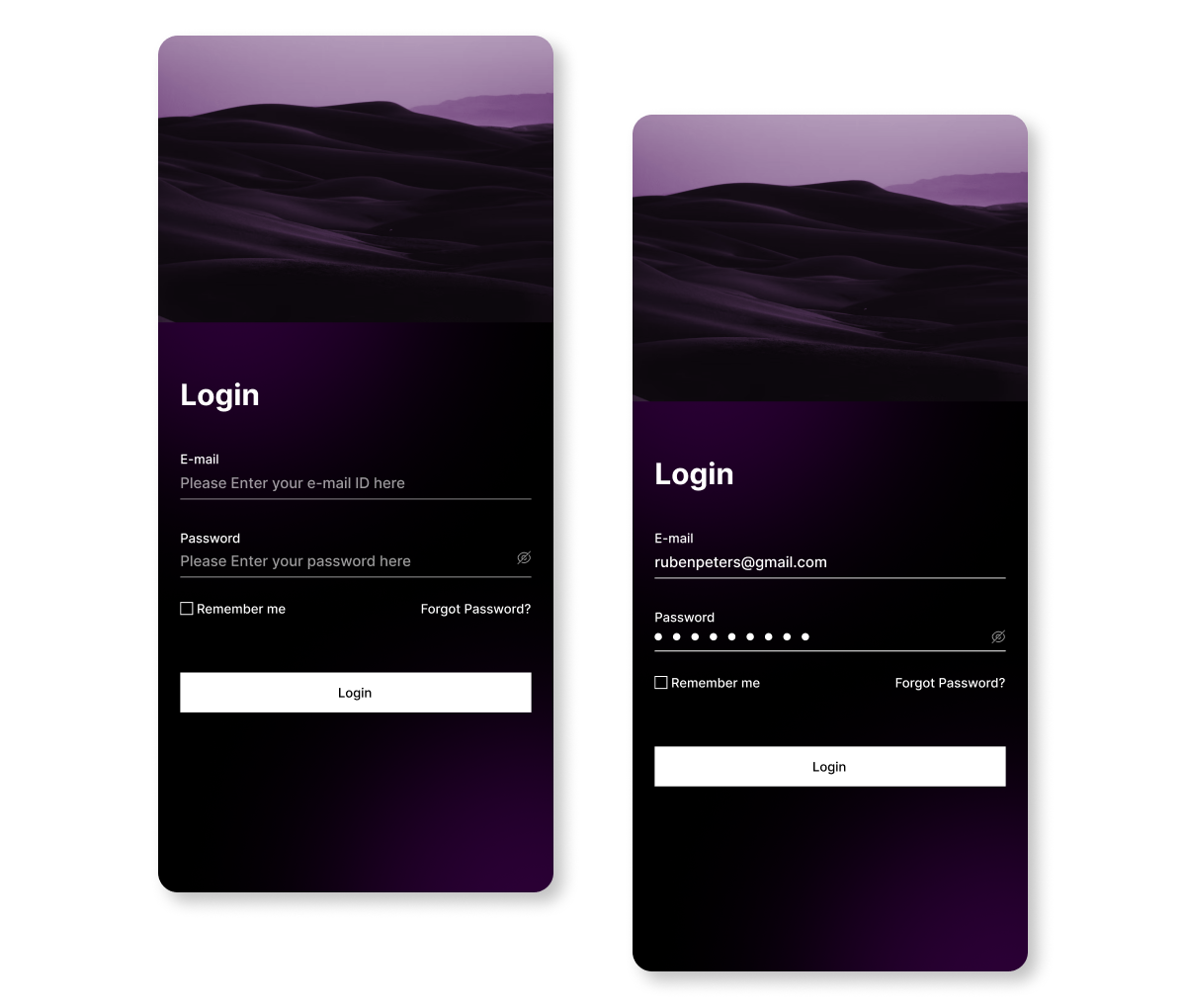 A chat and call feature for seamless in-app communication with other users is a must-have in social media applications. 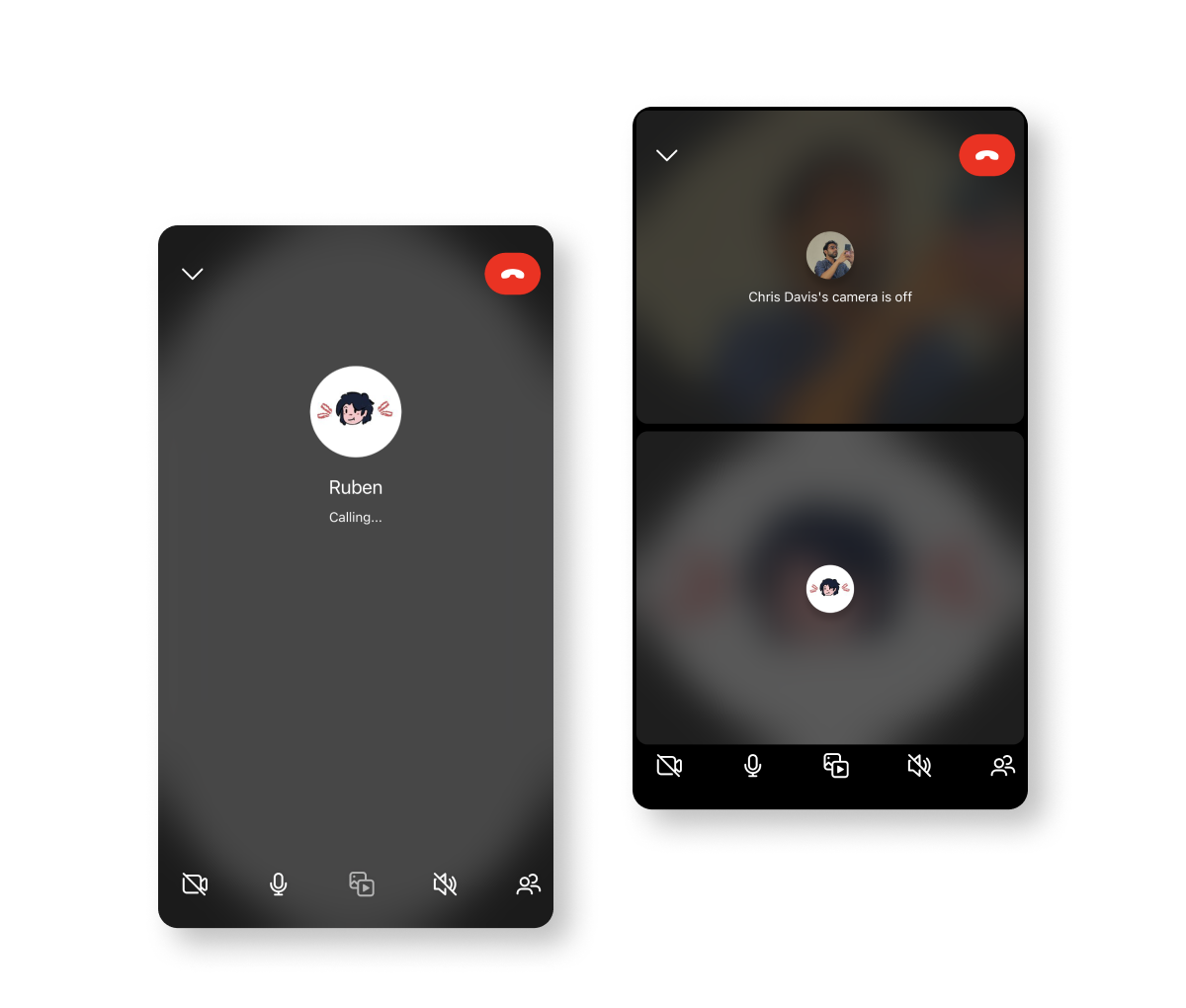 Users want to be updated every time one of their connection posts, or their favorite brand announces a sale. Moreover, they need to be encouraged to return to the application. This can be achieved through push notifications, messages, and emails. Make sure to integrate the notifications feature into your platform.

It’s a common but still useful feature to know if a message has been delivered to and read by the other person. Users should also be able to hide their message status if they like.

To handle payments for products and services being offered through a social media platform, payment gateways like Paypal or Stripe have to be integrated within the application. 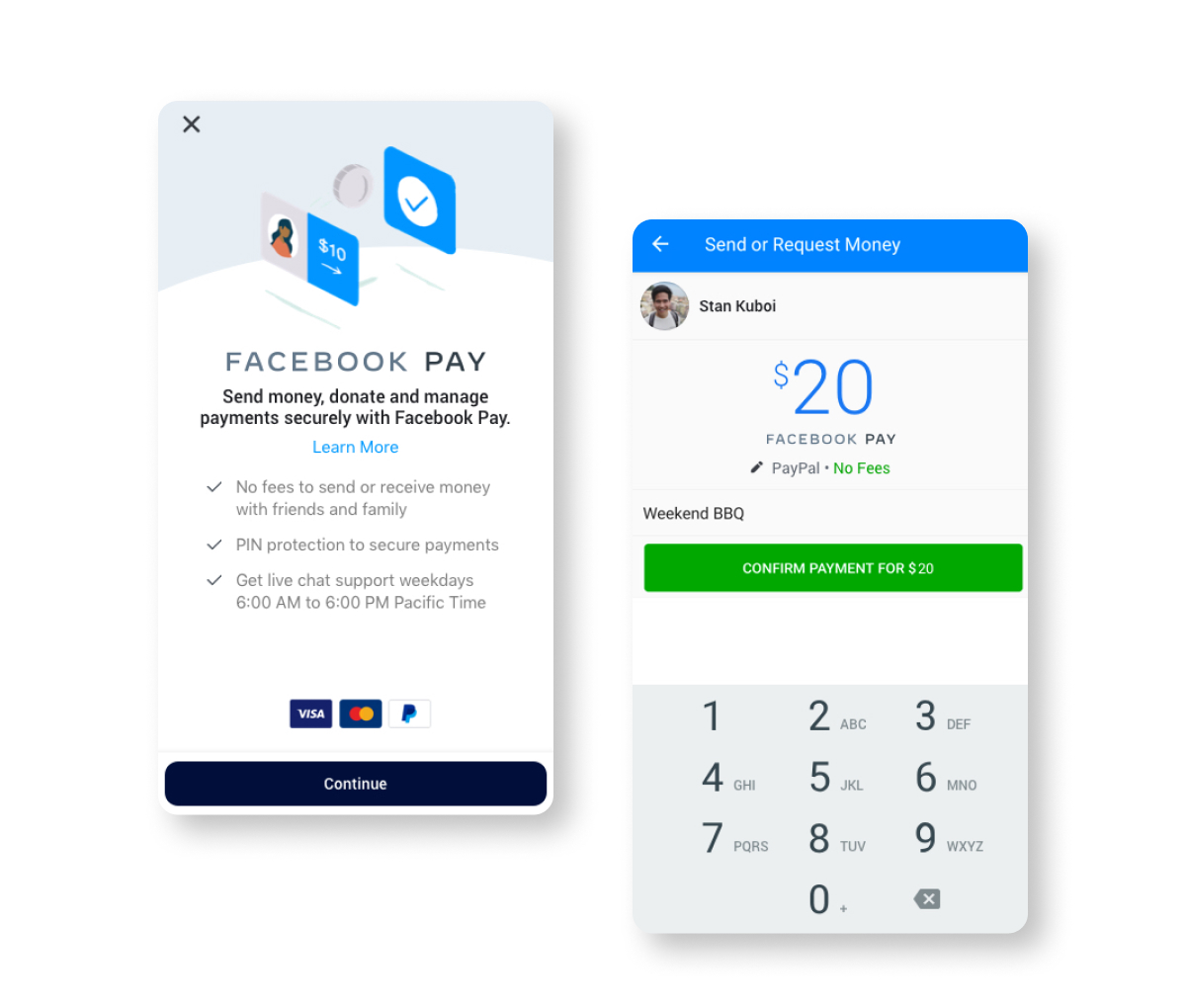 You can add additional data sources, like Google Maps or places by integrating Google Maps or Google Places APIs within your application. This will let your mobile app users send their current location, look up local businesses, and provide GPS directions.

APIs for other social networking platforms like Facebook can be added to the app to help people register for your app more easily. This way, they don’t have to put the same information over and over again to log in, like their name, email address, phone number, etc. Everything they need to log in can be pulled from the existing social networks they’re already a part of. You  can also add social media sharing buttons to let the users share content with others, giving more exposure to your platform.

Trending Technologies to Be Integrated into a Social Media App

Social media is constantly changing. Features that were niche, platform-specific trends just a couple of years ago are industry standards today. Here are some of the trending technologies that are gaining traction in social media you can consider building into your app to stay ahead of the curve.

Online reviews and recommendations are a great way to drive purchases and build trust with your mobile app users. It allows people to add products to their wishlist, comment, and leave recommendations for local businesses on the platform, which serves as rock-solid social proof.

A geolocation feature is a big plus to add to your social networking platform. Geolocation allows users to attach geotags to their photos and videos which is much more convenient and faster than manually entering their location with each picture. Users can create, exchange, and discuss location-based content as well as connect with other users in the same location.

Here are the most commonly used development tools for social media app development.

Ionic, React, and Redux are the most popular options for front-end development. The most commonly used open-source frameworks are AngularJS and ReactJS, developed by Google and Facebook respectively.

Here are some of the most widely-used frameworks for front-end mobile development.

Angular
It is a vast TypeScript-based open-source web app structure operated by Google’s Angular team and a network of people and companies.

ExpressJs
It is a free and open-source back-end web app structure for the Node.js framework delivered under the MIT license. It is deployed to build web apps and APIs.

ASP.NET
Created by Microsoft, ASP.NET is an open-source, server-side web app structure to be deployed by web developers to create dynamic site pages and apps.

Back-end development is about building code that makes communication between a database and an application possible. Back-end developers are responsible for maintaining the back end of a website, including databases, servers, and apps – the parts of a website hidden from users.

Back-end development deals with working on server-side software, focusing on elements that one cannot see on a website.

Node.js is a game-changing technology that’s used to create dynamic, data-centric applications. It’s great for creating social media apps with chats, likes, and comments. It’s also excellent at data processing. When you pair it with Ember.js, you can make your application scalable. Microservice application strategies must be followed to make your application scalable. While creating a microservice for a social networking app, It’s easier to scale because it will only affect that one isolated part of the website when something goes wrong.

These are some of the most popular backend web development frameworks.

Django
Django is a free and open-source, Python-based web framework that facilitates rapid development of secure and viable websites. It follows the model-template-views architectural, ensuring a fast turn of events.

Laravel
Laravel is a free, open-source PHP web framework, that eases common tasks of a majority of the web projects, like authentication, session, and routing, ensuring a smooth development process. It was made by Taylor Otwell for the building web applications following the model-view-controller architectural pattern and based on Symfony.

CakePHP
CakePHP is a free open-source web framework that follows the model-view-controller approach and is written in PHP. It is a structure modeled after the ideas of Ruby on Rails and helps programmers develop web apps.

Falcon
Falcon is a CrowdStrike platform dedicated to put a stop to breaches through a set of cloud-delivered technologies to ward off every type of attacks including malware attacks. It is an open-source structure released under the conditions of the BSD License.

Programming languages work behind the scenes as back-end development tools and serve as the foundation of a social media app. Choose a programming language that most closely aligns with your app’s main function, since everything depends on how efficiently the language of an app functions.

Java
Java, a veteran in the development space, is an object-oriented programming and software platform language with vast open-source tools and libraries and has been around for over 2 decades. It has a solid structure that is quick and secure. Due to the Java Virtual Machine (JVM), it doesn’t require the use of a compiler and is highly preferred by developers. This can speed up the development process as well. Its rules and syntax are based on C and C++ languages.

.NET
.NET is not considered a programming language. Rather, consider it a framework (another back-end development tool), created by Microsoft. It helps the developers in producing programs that execute within the Microsoft.NET framework.

Perl
Although Perl is not an all-time go-to option for the developers (like Java), it is known for being faster and more efficient than most newer languages, producing stable code. It was originally created for text manipulation but is now widely used for various other tasks such as system administration, web development, networking, and programming, but it works best when creating dynamic web pages.

Python
Python is similar to Java in many ways. It’s actually faster than Java, although not as secure, and was created to be easier to use. It is an object-oriented, high-level programming language used to build websites and softwares, automate tasks, and conduct data analysis. Big companies such as YouTube, Reddit, and Pinterest implement Python in their systems.

If you’re looking to build the next big social media platform that leverages advanced technologies like AR/VR, we’d love to help you get there. Reach out to CitrusBits for a free consultation.