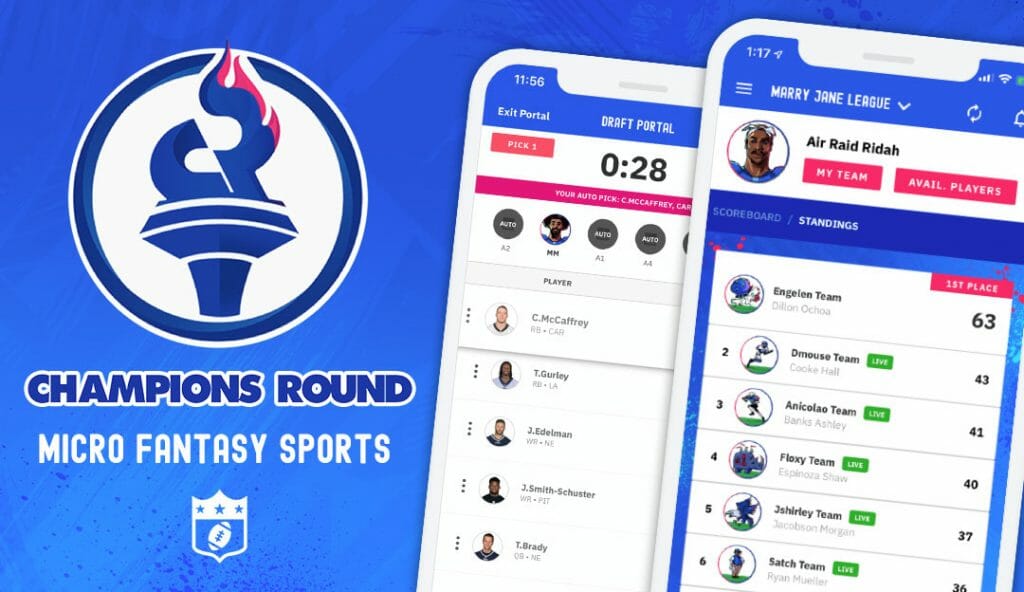 Excited for the start of the NFL season next week?

Not just because it means finally seeing Antonio Brown take the field for the Raiders or whether Brady/Belichick have yet another championship drive left in a tank that’s got to be nothing more than fumes by now (but probably isn’t).

Rather, we’re excited for the launch of a genre-defying fantasy sports app the CitrusBits team helped design and develop.

Champions Round is a new NFL fantasy football app that has just launched on iOS, ahead of the start of the NFL 2019-2020 regular season.

Unlike traditional fantasy sports apps, Champions Round is based on the concept of “micro” fantasy, which aims to inject more excitement and freshness to the fantasy sports experience.

In traditional fantasy football, you draft just once a year, and how you draft essentially determines how you’ll do for the next 17 weeks. If you don’t draft particularly well (or if your key players get hurt), that 17 weeks can seem like a torturous eternity, knowing that you’ll have to wait a full year until your next opportunity to win.

With Champions Round, the NFL regular season and postseason is broken up into four rounds, each a fresh opportunity to draft and win. With this approach, there’s a lot more excitement week-to-week, more opportunities to win, and the next draft is pretty much always just around the corner.

How do I Play?

Just as in traditional fantasy sports, your league will appoint a commissioner to create a league via the app and send out invites. From there, you can schedule and hold a draft.

In Champions Round, the gameplay has been tuned to eliminate some of the common frustrations in fantasy sports:

The 2019-2020 NFL season is the inaugural season of Champions Round, functioning as an open beta for the app.

If you have an iPhone, download Champions Round for free today and get your league started!