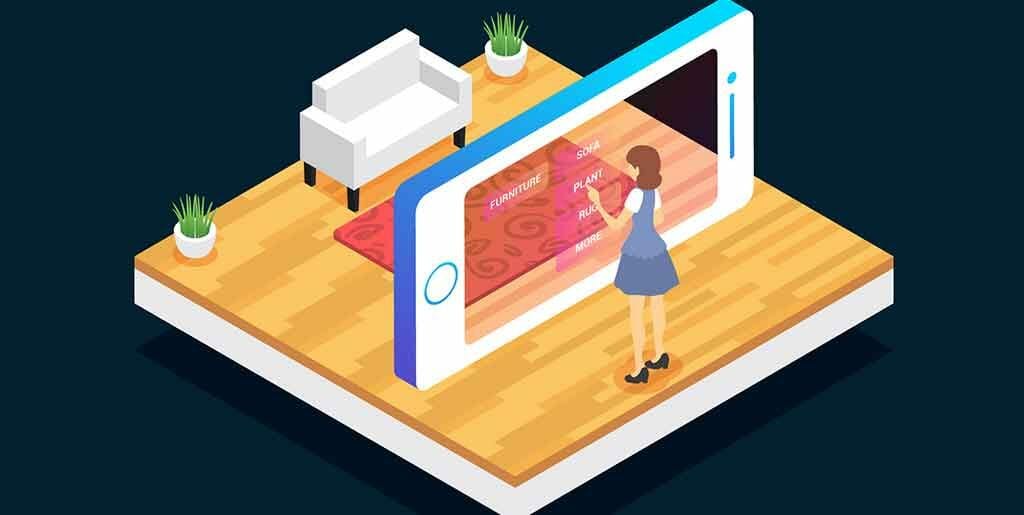 AR: Powering Non-tech Businesses to Stay Ahead of the Curve

A few years back, the mere idea of augmented reality was perceived as ‘wild’.

Well, we have come a long way since then.

Most of us were psyched by the launch of the much-hyped AR app ‘Pokemon Go’ and Snapchat’s crazy AR-filters. However, it isn’t just limited to gaming or mobile applications. Over the years it has expanded into other non-tech industries like health care, retail, education, and of course, eCommerce.

Power and Impact of AR on Consumers:

As per a study of more than 1,000 Americans, released by Daymon’s Interactions (a marketing company):

AR takes the guessing out of shopping by letting you tryout products before making a purchase, hence, saving both time and money.

Mentioned below is a list of non-tech businesses that leveraged augmented reality and redefined how their product interacts with the prospective buyers.

Not only have they settled the consumers’ woes but also witnessed a whopping increase in their profits and popularity.

Retailers in apparel, footwear, beauty, furniture and home makeover businesses are already turning to AR for an improved customer experience.

Following are some of those businesses.

Think of IKEA’s elegantly staged furniture showrooms; how majestic the furniture items look under the right kind of light and in your head. However, many a times, the furniture that looks well-suited to the room, in your head, neither fits nor goes with the theme.

By allowing their potential customers to virtually try out the products IKEA has made home-furnishing easier than ever. It lets you see, virtually, how a furniture item would look and fit in your home. The app allows you to browse 2,000 furniture items and try them out.

Using the lens of your smartphone’s camera, it lets you furnish your home with 3D photo-realistic furniture items, true to size. You can have a look at them from every angle, walk around them too.

See how AR is already improving the way we live?

After jumping the AR bandwagon, Sephora has become a leading cosmetic industry worldwide.

Their latest 3D facial recognition feature, added to the existing Virtual Artist feature, allows you to try out a bevvy of lipsticks and eye shades – through categories such as Berries and Nudes – in real time.

Earlier, you had to upload a still selfie to try out their products.

The update was added after a survey by ModiFace revealed a 22 percent decline in the conversion rate when the virtual makeup did not line up correctly on a user’s face.

However, this feature is most likely to drive sales upwards.

Nike has updated its app ‘Nike Fit’ with a new augmented reality and artificial intelligence feature that measures your feet to help you buy shoes that actually fit.

Using your smartphone’s rear camera it scans your foot to calculate your exact size and fitting.

Nike just launched tech that will tell people what shoe size they really are from CNBC.

Once the correct shoe-size has been determined it automatically filters your shoe size from the plethora of sizes while you browse its catalogue. What’s more, it applies a different shoe size for various categories based on usage. Let’s take running shoes for an instance; as opposed to a casual sneaker, they call for a tighter fit.

AR helps deliver a marketing strategy in real time. Customers and clients get to experience the product or service as it is meant to be used, allowing interactive user experience.

Last year, Adidas partnered with Snapchat to launch a new ad campaign which enabled the users to virtually try on its latest sneakers. Using the smartphone’s rear camera it overlaid the shoes on top of your shoes or feet to help you decide if they looked good, pretty much like any other snap filter.

Coca Cola together with WWF, in 2013, staged an augmented reality stunt in London Science Museum. The idea was to create awareness and raise funds for the conservation of the Arctic – the home to the polar bears. The AR stunt continued for three months, where visitors could interact with a virtual polar bears via a giant screen, thus establishing an emotional bond.

The campaign was a major hit just like a casual Coca-Cola advertisement.

We live in a time and age where regular advertisements no longer appeal to us the same way. Wait till you experience an AR-based advertisement. However, If you’re London-based, chances are you already have in 2014. Using AR tech, Pepsi brought an astonishing experience at a bus-shelter in London where people were hoaxed through AR into believing that they were looking through the shelter’s glass wall, when they were actually watching a live video on a HD screen in 3D.

The video had more than 2 million views and over 24,000 shares in 7 days, winning several awards.

Being one of the biggest and best home renovation platforms, build.com is an online retail business without any brick and mortars. The company wanted to help provide a feel of its products to its customers prior to purchase as many people hesitate purchasing from online businesses owing to a number of reasons.

What if it doesn’t look as good as it does in the pictures? So it teamed up with Prolific Interactive (a mobile-focused product agency) to create the “In-Home Preview”. It shows accurate 3D models of every product that interact with customers within their existing environment.

You can fit a faucet, open a drawer or switch on a light fixture and learn a product’s workings and can try a bevvy of other products.

It is known for being one of the best eCommerce platforms. Perceiving the need of the hour, Shoppify gamed up by incorporating AR technology in its application, providing ease of use to both webshop merchants and the customers. The update has enhanced the platform making it more life like and personalized.

It allows merchants to provide the 3D models of their products, which the customers can view in real time using their smartphone camera.

Wondering whether the sofa you’re about to order is the right shade and measurements?
What of the home decorations you’re ordering? Will they look just as good in your living room as they do in your head? Amazon or not, ordering wrong stuff is hazardous, especially in terms of hard-earned money.

Well, about two years ago, this eCommerce giant  incorporated a new feature as well, called ‘AR View’, in its app to help riddle your queries. This update allows you to visualize online products in your living space, using the rear camera of your smartphone, making it easier to shop online. The products are overlaid in your current environment making it appear lifelike. Moreover, it also saves plenty of your time.

Augmented technology is becoming more subtle with the passage of time, the demand and investment in AR is likely to increase. In 2017, Apple launched ARKit while Google came up with ARCore for Android devices taking the AR game to the next level. Both are mighty powerful tools for developing AR apps and have allowed many non-technical businesses to take the magic leap.

For businesses it has become an effective tool as most retail, marketing and eCommerce businesses are resorting to AR-based mobile apps to leverage real-time augmented reality. As for customers, they get an enhanced user experience.

Which of the above applications have you used? How did augmented reality help you shop?