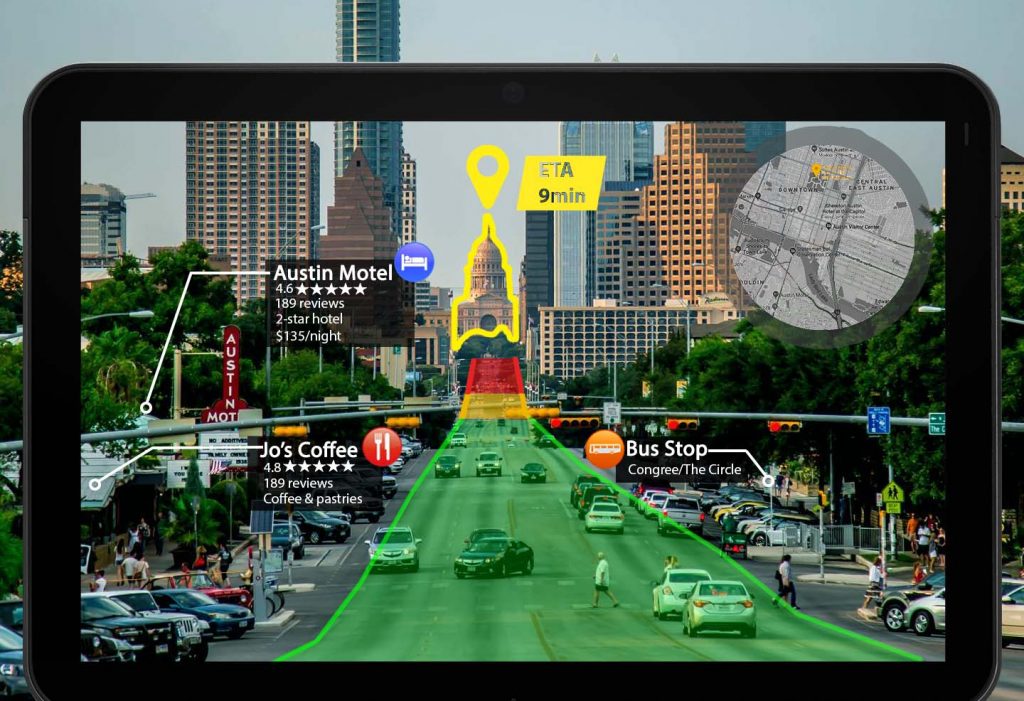 Just two years ago, virtual reality (VR) was the chosen one of the VR/AR tech pairing, and Pokémon Go was nothing but whispers and safely-guarded intellectual property. Back then, it seemed as if only futurists were bullish on augmented reality (AR), the offshoot of VR that places virtualized objects into real environments.

My, how times have changed.

Fast forward to today, and AR now appears poised to surpass VR in terms of real world usability and acceptance.

“AR headsets are also on track to account for over $30 billion in revenue by 2021, almost twice that of VR, as most of the AR headsets will carry much higher average selling prices with earlier adopters being the commercial segment. Meanwhile, most consumers will experience AR on mobile devices, although it’s only a matter of time before Apple’s ARKit- and Google’s ARCore-enabled apps make their way into consumer grade headsets.”

If an analyst’s forecast doesn’t convince you, maybe a gigantic AR elder dragon will: (from last November’s League of Legends Worlds 2017 Grand Final)

In the last six months alone, we’ve seen a steady stream of AR-based announcements and app launches that collectively indicate a huge year ahead for AR development.

Here are just some of the latest AR developments and milestones in hardware, e-commerce, business, and entertainment:

According to Google’s official blog post on its 1.0 release, ARCore is currently supported by 13 different models of Android phones, and Google will be working with manufacturers to enable wider support over the coming year.

On the iOS side, Apple’s ARKit has been available to AR developers since the 2nd half of 2017, enabling rich and immersive mobile AR experiences for iPhones and iPads. Apple has been one of AR’s biggest proponents in the last year, with its early and fervent support for AR application development.

During last month’s Samsung “Unpacked 2018” event, where the company gave its first official preview of its Galaxy S9 phone, Samsung incorporated a nifty AR experience into its presentation. Event attendees were able to witness their name badges transform into the Samsung Galaxy S9, with the ability to actually physically (holding the name badge) turn the phone over and examine it from different angles.

Additionally, the Samsung Galaxy S9 will allow users to create personalized “AR Emoji” (like the iPhone X’s Animoji but perhaps a little “Uncanny Valley”) – a move that, yes, lets Samsung keep up with the Joneses — but also positions the company to expand its AR-based functionality down the road.

Amazon has just added AR functionality to the Android version of its Amazon app, which it had done for iOS users just a few months ago. The AR app updates allow smartphone-using Amazon shoppers to place virtual furniture and thousands of other decorative objects into their real surroundings – for a sense of whether they’ll jive in that setting. Given that it’s built by Amazon, a “buy now” button can be found conveniently nearby. Amazon’s AR updates come on the heels of similar functionality IKEA launched in 2017.

AR-based experiences for online shopping are believed to offer numerous benefits, including higher shopper engagement and likelihood to purchase, as well as decreased likelihood of product returns (due to the ability to “try out” the product beforehand).

At CES 2018 in January, Nvidia showcased its new Drive platform, a supercomputer built on the Xavier system-on-a-chip that is designed to add intelligence to the next generation of cars, including self-driving cars.

Drive AR, part of the Drive platform, provides software support (via an SDK) for AR experiences while driving. Imagine driving through an unfamiliar city and seeing a windshield overlay that tells you a restaurant you’re approaching has the city’s top-rated Sunday brunch. (Just don’t burn out your brakes over endless mimosas!)

There are whispers that even the Google Glass project Sergey Brin and his team unceremoniously put into hiatus a few years ago (if you don’t count highly customized and boring “enterprise editions”) could make a triumphant return in response to the recent surge in AR interest and activity. There is a significant opportunity for wearable AR devices, as the novelty of experiencing augmented reality through handheld devices is bound to wear off sooner or later. When that time comes, lightweight wearable devices like the Google Glass will be ready for action.

Speaking of Google, here’s a look at what its AR Sticker project (using Google ARCore) already can allow Google Pixel 2 users to do:

Companies like Augmen.tv are on the verge of bringing AR experiences to mainstream TV viewing.

AR continues to be strong in gaming and entertainment

AR-based mobile game Pokémon Go was a smash hit for Nintendo, The Pokémon Company, and Niantic two years ago, bringing in more than $600 million in revenues in just the game’s first three months. The game continues to perform well, with lifetime revenues estimated at just shy of $2 billion. A recent update added a new feature called AR+, which makes the AR aspect even more lifelike.

What does this sudden surge in AR activity mean for other tech companies?

If you’re not an Amazon, Google, or Nvidia, and you operate in a space where AR is beginning to show meaningful, value-adding use cases, you’re probably mulling over some serious strategic decisions.

If market leaders are aggressively deploying meaningful AR experiences into their core products, you can be sure that mid-market and smaller players are going to be doing the same – in their pursuit to stay relevant or even solvent.

But, how do you do get into AR applications, if you’re not a tech titan that, say, owns an AR company or two?

The good news for those companies without billion-dollar R&D budgets is that there are AR/VR developers and technology companies that are reducing the barriers to entry for smaller companies that want to use AR to stay relevant or accelerate their growth.

One of the biggest names in tech certainly seem to think so.

“I’m incredibly excited by AR because I can see uses for it everywhere. I can see uses for it in education, in consumers, in entertainment, in sports. I can see it in every business that I know anything about. I also like the fact that [AR] doesn’t isolate. I don’t like our products being used a lot. I like our products amplifying us. And I think AR can help amplify the human connection. I’ve never been a fan of VR like that because I think it does the opposite. There are clearly some cool niche-y kind of things for VR. But it’s not profound in my view. AR is profound.”

“Simply put, we believe augmented reality is going to change the way we use technology forever,” said Cook during Apple’s Q4 earnings call a few months ago. “We’re already seeing things that will transform the way you work, play, connect and learn.”

In light of the most recent surge in significant AR projects, it would seem that Apple’s CEO is beginning to exhibit some of the prescience his predecessor was once known for. And that certainly bodes well for those of us who stand ready to augment our realities.