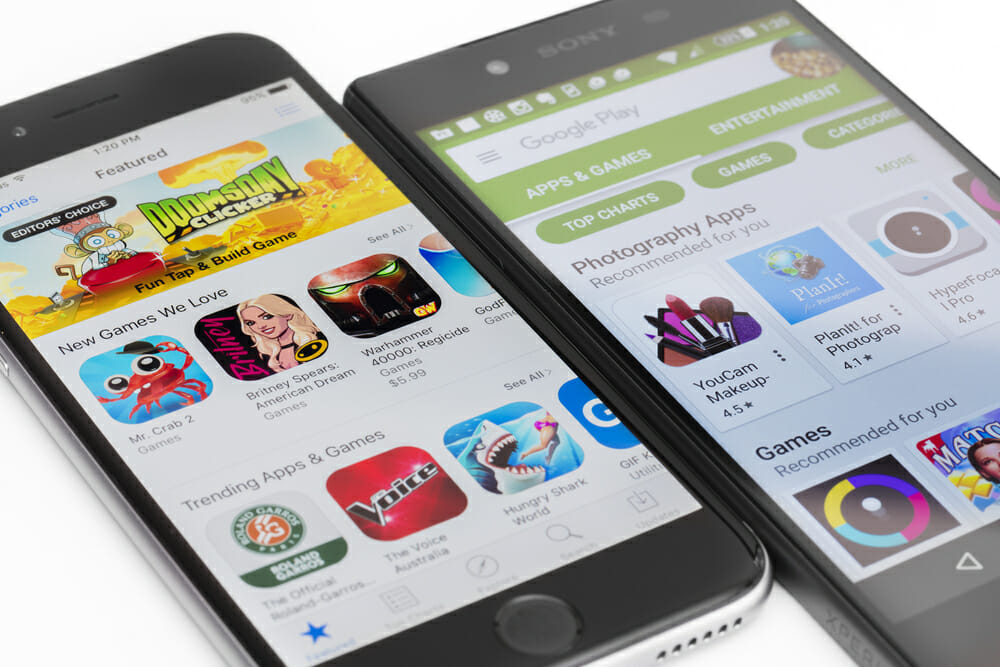 Let’s put it this way.

Google’s Android and Apple’s iOS are arch rivals in the tech world. You’re either an iPhone lover or an Android one.

The competition between the two is that of DC and Marvel. Atleast, it bears the same competitive edge.

The tech savvy folk on both sides duke it out on who has the best features to offer, but it appears that this conflict and debate would outlast most of us. After devices and entertainment-based apps, this Android and iOS rivalry has extended to healthcare.

Both ecosystems offer a plethora of apps around health and fitness tracking region. Headspace, Lose It, Runtastic and MyFitnessPal are some noteworthy mentions. Most of these apps, although, are paid or come with a subscription. The best thing however is, that they can be integrated with Apple’s or Google’s health app.

Apple has developed an excellent Health app which integrates with its Watch series. Moreover, the company has doubled its efforts for fitness tracking in the upcoming products.

Meanwhile, Android world too has made offerings when it comes to provision of healthcare through apps like Google Fit which undoubtedly weighs above apps like Samsung Health.

Where it all Began

The app war started in 2014, when Apple launched iOS 8, which came with a built-in Health Kit framework that works alongside its health apps. So, to counterattack Google released its Android equivalent, Google fit – a health platform of its own.
Stirring the pot, Google Fit then partnered with famous brands like ‘Adidas’ and ‘Polar’ to create fitness apps that integrate Google Fit platform.

Not wanting to lag behind, Apple HealthKit also teamed up with famous fitness companies like ‘Nike’ and ‘Fitbit’ to allow users to share their health data with reputed doctors via their app.

For now, Fit is mainly targeting the fitness side of digital health, the apps available on Google Play mostly involve running or workouts. Apple on the other hand is also aiming at the medical applications.

Brief Overview of Both

Since its debut in 2014, it has upgraded a great deal. Now, it works with more sources of data, collects more data than before and works in great harmony with Apple’s wearable.
It is basically a health-hub that lets you monitor all your health records in one place as you integrate other health apps with it. It takes data from your smartphone, fitness trackers, your watch, sleep trackers and other fitness apps, putting it in one place. It provides you with a quick snapshot of all your activities so you don’t have to view each app individually. Of course it offers you the liberty to edit and customise your data. From keeping the most relevant to skipping on the least important information.

Apple health eliminates the need for a device as the app takes data from your iPhone’s motion sensors and GPS. What’s more, its API allows the third-party apps like Nike + Run Club, Strava and MyFitnessPal to contribute their key features to Apple Health.

Apple Health’s rival in the market. Like Health app, Fit allows Android users to bring together data from multiple devices into its own health app or transfer them to the third party apps. The idea is to let users track health metrics, such as hours of sleep, weight loss, steps taken, and set fitness goals.

Although in the beginning it only provided the basics but the app, since then, has gone through a major redesign on Android and Android Wear platforms.

What’s more, it has a web-based interface and is accessible from anywhere. You can also check your data on the official Google Fit website.

Using the GPS, sensors in your phone and your input it keeps track of your activities, distance traveled, estimated calorie burn and weight.

Google Fit is the default fitness app for Wear OS devices (unless a company includes its own fitness app), so you can expect to use Google Fit if you pick up a Wear OS smartwatch.

While both are in a heavy competition they still bear some similarities. What are those? Let’s go through them individually.

Apple vs. Google: May The Best App Win

You are obviously thinking at this point that both are pretty cool health apps. Both seem to share the common ground to some extent however, both have nice features. From interface to main purpose. However, there are certain features that either one of them doesn’t have which makes it all the more interesting. Let’s run them over each, one by one. May the force be with both of them.

Many would agree on the fact that iOS apps are more appealing in terms of design and interface. It’s true all the better and epic apps are launched for iOS devices first and they contain fewer ads too. But the force remains strong with Android. It is still the world’s most popular mobile platform. Most smartphone manufacturers actually use Android and its OS for their devices. While Apple is a step ahead in terms of lucrative earnings, Google has a bigger tale in the market. Both have offerings and contributions to make.

Besides, when you get a sudden pain in your lower back, Apple Health and Fit aside, Google is still the first place you go to.

Which one according to you wins the best app award?