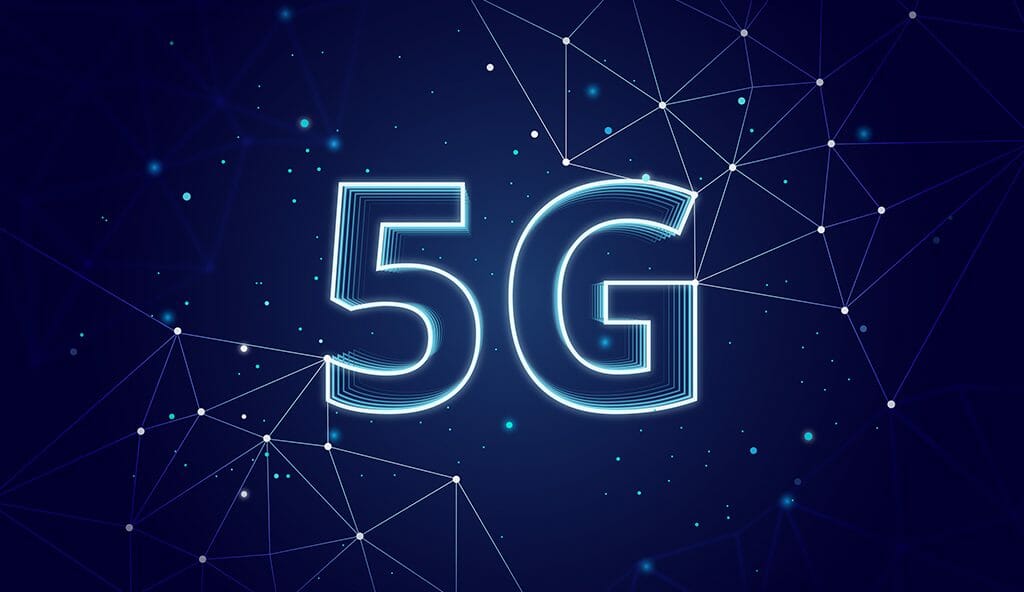 In short, it’s the beginning of the ‘Fourth Industrial Revolution’. However, to answer the questions — 5G will be the fifth generation of state-of-the-art wireless tech, bringing a whole host of improvements to wireless networking performance.

Yes, we’re speaking of faster downloads, low latency, phenomenal network reliability, and a revolutionary impact on our lives, work, and play. So to be precise, 5G’s speed can be as fast as 10 Gbit/s, and that, ladies and gentlemen, is a 20-fold increase over previous limitations.

Intrigued yet? No? Read to unravel how 5G is poised to take big strides over the coming years and how this technology will likely impact other sectors and adjacent technologies.

It may not seem like it at present, however, 5G will cover about 40% of the world.

Not surprising that the increased adoption will bring increased revenues to the major players in this roll-out.

4. As per the new Ericsson Mobility Report, there will be over 10 million 5G subscriptions all over the world by the end of 2019 and up to 400 million subscriptions worldwide by 2024. (ericsson.com)

Considering how 5G will be game-changing, long term adoption is expected to be massive over the next few years.

5. The Ericsson Mobility Report also revealed that by 2024 at least 65% of the world’s population will have used 5G. (networkworld.com)

Again, adoption over the next few years will enter the mainstream, as a majority of the world’s population is expected to have experienced 5G first-hand by 2024.

6. 5G is not just rolled out, it is already going big. NFL stadiums are already serving as a testing ground for 5G. (forbes.com)

Yes, Verizon has already integrated its new 5G network in 13 NFL stadiums. The aim is to make games even more enjoyable for fans.

7. Experts believe 5G is more than a speed boost. It is being referred to as the foundational tech that’ll rev up the adoption of technologies like virtual and augmented reality. (cnet.com)

It doesn’t end at that. This will most likely have an impact on tech domains like artificial intelligence and machine learning and lead to widespread adoption of technologies like self-driving cars and smart homes, as well as telehealth services like remote surgery.

8. According to Ericsson, there are around 1 billion cellular IoT connections worldwide, a good-enough reason why 5G operators are increasing deployments. (techrepublic.com)

With the widespread adoption of IoT, a robust 5G infrastructure will be necessary to support the networking requirements of all those devices and sensors.

9. According to the Ericsson Mobility Report released in June 2019, none of the previous generations of mobile technologies were capable of imploring and driving economic growth to the extent 5G has promised. (networkworld.com)

10. According to another report, 5G subscriptions are expected to push past 1.9 billion by 2024. (venturebeat.com)

The figures are a rise from 2018’s figures which were predicted to be around 1.5 billion as the operators have increased deployments, and users — however few — are switching to 5G devices.

11.  The big fours — AT&T, Sprint, T-Mobile, and Verizon — have already launched mobile 5G in some of the metro areas of the States. For instance, by July, Sprint had deployed mobile 5G in parts of Atlanta, Chicago, Dallas-Fort Worth, Houston, and Kansas City, Missouri. (theverge.com)

According to an article by Townsend published on Forbes, deployment of all networks will continue throughout the remainder of 2019 and 2020.

12. One of the business-side benefits of shifting to 5G is its ability to inspire “Industry 4.0” – the fourth industrial revolution. (data-economy.com)

This term typically refers to industries that have integrated wireless technology in their machinery and equipment. Making use of artificial intelligence along with 5G and IoT, the goal is for the factory to monitor and modify safety, efficiency, and any other requirements.

13.  According to a report, 5G networks will be responsible for 35% of total global mobile traffic by 2024. (techrepublic.com)

Mobile data traffic is increasing all over the world, and by the end of 2024, it is expected to mount 131 exabytes (EB) per month.

14. Several space organizations are progressively emerging as 5G trendsetters. SpaceX, for instance, has already been licensed to deploy at least 12,000 Starlink internet satellites (and recently applied for 30,000 more). (space.com)

SpaceX introduced its first 60 Starlink craft in May, which functions at a low Earth orbit altitude of about 550 kilometers (342 miles). The International Space Station, by contrast, orbits roughly 250 miles or 400 km above Earth.

15. 5G was first commercially launched in the Western Europe region in April. (globaldata.com)

5G is predicted to account for at least 40 percent of mobile subscriptions by the end of 2024.

16. 5G is most likely to nudge the use of autonomous cars and trucks, improving safety on the roads and facilitating growth in the sharing economy. (forbes.com)

There will surely still be questions around the safety of autonomous cars, as disturbing accounts of cars not “seeing” pedestrians and even gigantic big rig trucks continue to be a thing.

17. In India, 5G is predicted to arrive by 2022 and will account for around 6% of total mobile subscriptions by the end of 2024. (economictimes.indiatimes.com)

The Indian region including Nepal and Bhutan will be the slowest to adopt 5G followed by the Middle East and Africa. Big shots like Vodafone Idea, Airtel, and Jio being locked in a price war is the primary cause for this delay.

18. Tech experts around the world believe that 5G will most likely have a fundamental impact on VR and AR development and usage as well – spurring increased use of the technology. (zdnet.com)

Well, at this point we all know 5G will facilitate very low latency. How does this enhance the usage of AR/VR technology?

Here’s how: high latencies between action and response, specifically head movements, cause motion sickness for VR users.  Overcoming high latency would increase the usefulness and enjoyment users get from both AR and VR experiences.

What happens when technology meets art? Magic. Hollywood isn’t very far behind when it comes to 5G adoption. From a production viewpoint, 5G will sanction cloud-based production workflows to back high-quality content creation.

Virtual and Augmented Reality, immersive content, cloud gaming are platforms that are most likely to gain from a more rapid and responsive interface.

In the future, 5G could help deliver real-time, virtual reality experiences from the field directly to viewers.

22. Whirlpool, a global home appliance manufacturing company has already started the 5G roll-out process for one of its factories. (csoonline.com)

The company is making use of IoT devices for on-time maintenance, process monitoring, and environmental controls, using a conventional local area WiFi network. However, with 5G, the company could do something that was previously impossible: incorporate autonomous forklifts as well as other vehicles, increasing efficiency.

23. According to Economists, of all the living generations, millennials will have the largest buying power for 5G by 2021. (venturebeat.com)

If you’re a millennial, prepare to be marketed heavily too: you are the prime segment for 5G products and services.

24. With 5G, gamers will be able to experience augmented reality using their own smartphones wherever they are, without having to use additional devices. (venturebeat.com)

Mainstream retailers including Walmart for instance, have already joined forces with Lego and tech supplier ‘Seek’ to bring Lego sets to life, allowing them to battle and interact right on the store’s floor. 5G will only accelerate and improve these experiences.

25. Users are most likely to undergo nausea in VR if the latency goes above 20 ms. However, with 5G’s sub-2 ms or sub-5 latency, the user experience will be ‘top-notch’. (forbes.com)

It should feel natural as VR is all about immersion. VR requires the consumption of more data than general technology gigs, hence, it’s imperative that high latency is overcome for a ‘wow’ VR experience.

In conclusion, the market trends for 5G are changing and will have a direct impact on other trending technologies like AR/VR and IoT. 2019 was a great year to take 5G a step further, but as per the rumors on the street, 2020 will be the year we’ll truly begin to see 5G go mainstream. Excited?