What Can Mobile App Developers Learn from App Store Awards 2022? 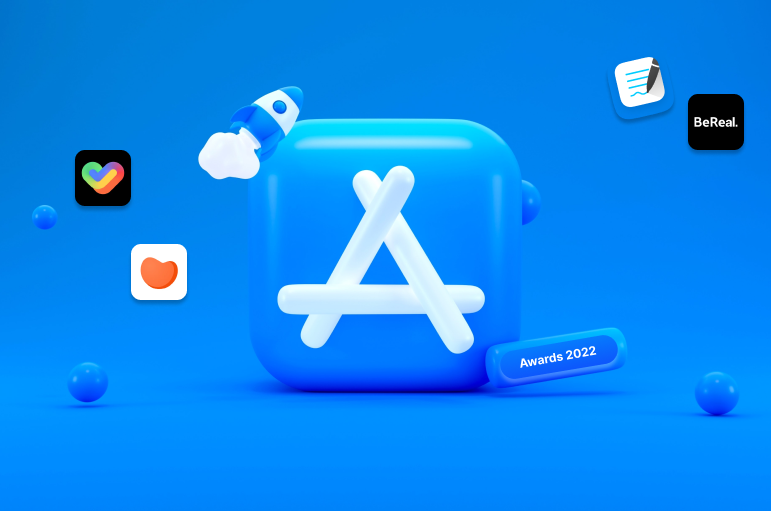 Apps are a great way to capture ideas and connect with our friends and loved ones, utilizing the latest technology to make our lives easier and more fulfilling. In the spirit of this, Apple’s App Store Awards provide an interesting outlook into the most inspiring and engaging apps of the year. This is great for mobile app developers because the list reflects what users around the world are interested in and the different ways in which mobile app technology is making strides. Each year, the App Store shares its list of apps created by new and seasoned app development companies from around the world for their excellence, their cultural impact, and for being popular with the users. Apple’s CEO Tim Cook shares his thoughts on this year’s App Store Award winners: “From self-taught solo creators to international teams spanning the globe, these entrepreneurs are making a meaningful impact, and represent the ways in which apps and games influence our communities and lives.”

Let’s look at this year’s App Store Awards winners and see what we can learn from them as an app development company.

Apps of the Year 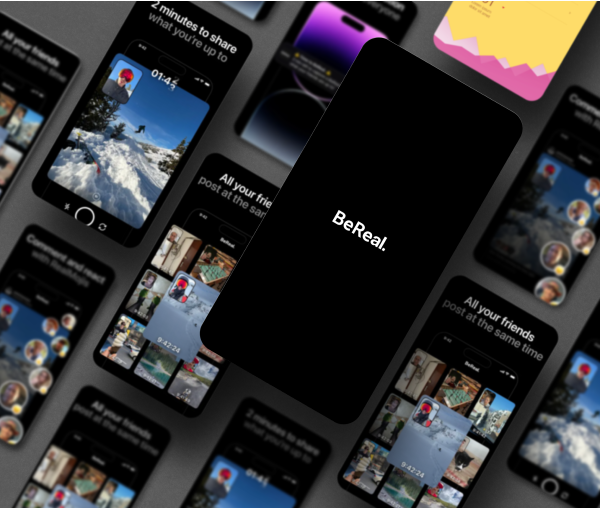 The French social media app was quite a competitor for giants such as Instagram and TikTok. The app was launched in 2020 and gained popularity this year for its front and back camera posting alerts sent out at random times of the day. It has been two years since a social media app won the award for best iPhone App of the Year, dethroning the Toca Life World app for kids. Apple has credited this to the app’s ability to offer “an authentic look into the lives of their family and friends.” It is refreshing to use a social media app that encourages users to post without filters. 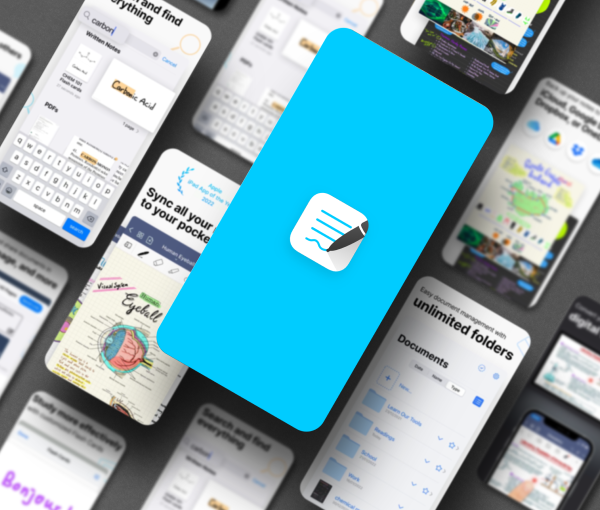 The GoodNotes 5 developed by a Hong Kong-based app development company, was one of the Chinese apps that made it to the list of App Store award winners. The iPad App of the Year was chosen for its superior Apple Pencil support, which was critical for e-sports leagues. With over 19 million monthly users from 240 different countries and regions, GoodNotes 5 is easily one of the most popular note-taking apps. Steven Chan, the founder of GoodNotes, commented on the app’s success saying, “Winning the award will help accelerate our growth and give us more credibility.” and that “99% of our downloads are based on word-of-mouth publicity.” 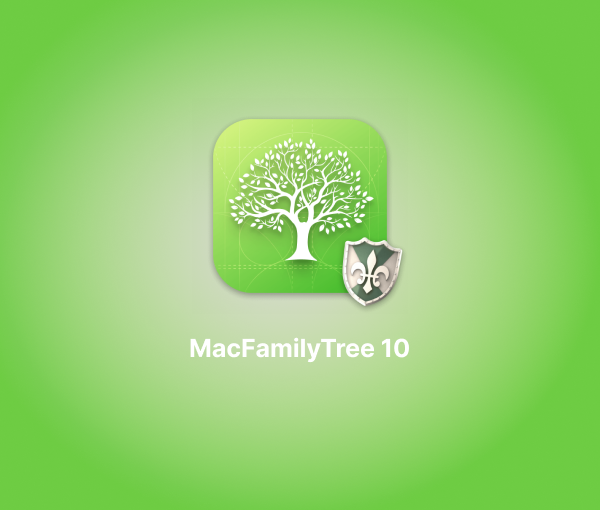 The MacFamilyTree app was introduced in 1998 by Synium Software GmbH, an app development company. It was recognized as the Mac App of the Year because of its massive contribution to genealogy. With the MacFamilyTree 10 app, you can trace your family background and discover hidden or lost facts about previous generations of your family. The new version of the MacFamilyTree is customizable and available in 16 global languages, making it easier for people to use around the world. 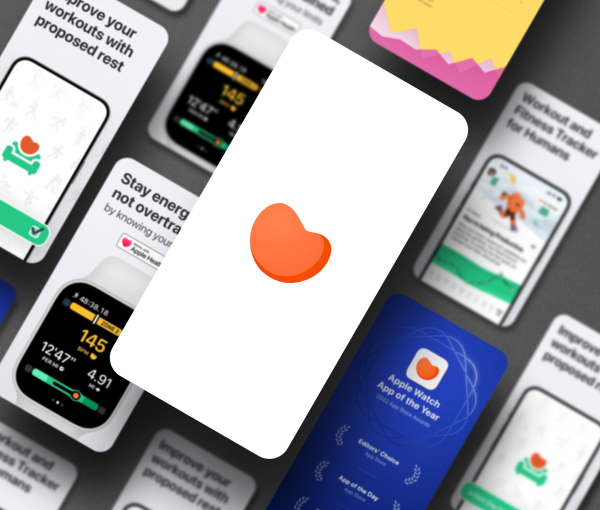 Living a soft life was one of the most prominent themes of 2022, and that is what Gentler Streak is all about. The app was designed to make fitness and working out more self-compassionate and, in many ways, doable with its focus on recovery time. This is a unique approach that fitness apps in the past have failed to realize.

The Slovenian Apple Watch App of the Year was following in the footsteps of the first app by the developers, Gentler Stories, which focuses on providing real-life solutions for living a sustainable lifestyle. Another great thing about Gentler Streak is that it is a women-led company, something we hope to see more of in the coming years. 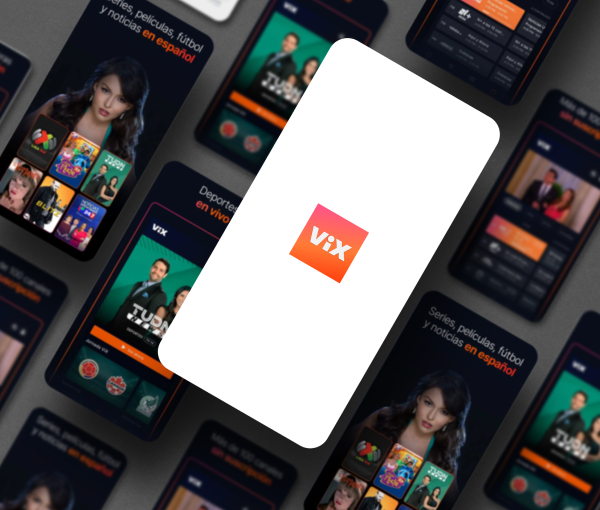 There are many reasons why ViX was recognized as Apple’s TV App of the Year, and one of them is surely the fact that it offers 50,000 hours of free and premium content across multiple genres. In the words of Pierluigi Gazzolo, President and Chief Transformation Officer at Televisa-Univision, “Through ViX, our goal is to create and distribute the best content, in-language, and in-culture, made by Hispanics for Hispanics, and this award affirms our success in being the largest and best digital offering for Spanish-speaking audiences.”

This is a great app for Spanish-speaking communities and is available in the U.S., Mexico, and most of Spanish-speaking Latin America. It is especially great if one of your New Year’s resolutions was to polish up your Spanish.

Games of the Year 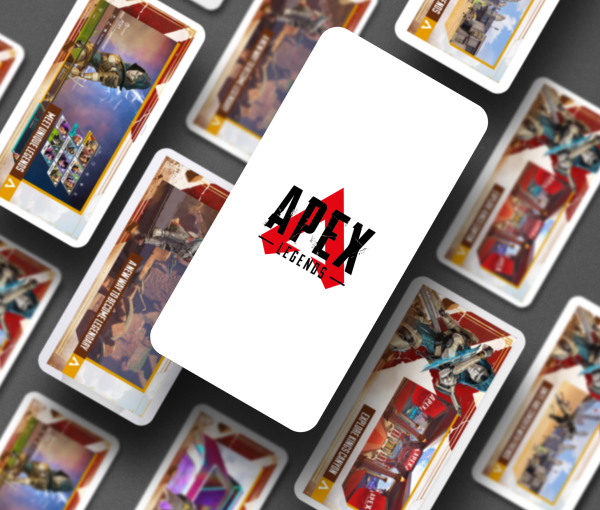 2019’s successful Respawn and Electronic Arts’ battle-royale Apex Legends was followed by Apex Legends Mobile, which won the iPhone Game of the Year award. The craze for Apex Legends can be traced back to over 15 million pre-registered players, generating $5 million as the most-downloaded game in 60 countries during the first week of its launch.

While games such as PUBG and FreeFire have been banned for their notoriety in many countries, Apex Legends has taken over where they left off. Senior Director of Product, Myke Hoff, explains the reason why their game became so popular, explaining: ‘So the philosophy is: make a really great game. Then, let’s make really cool content that players want to purchase, and are not forced to purchase.’ 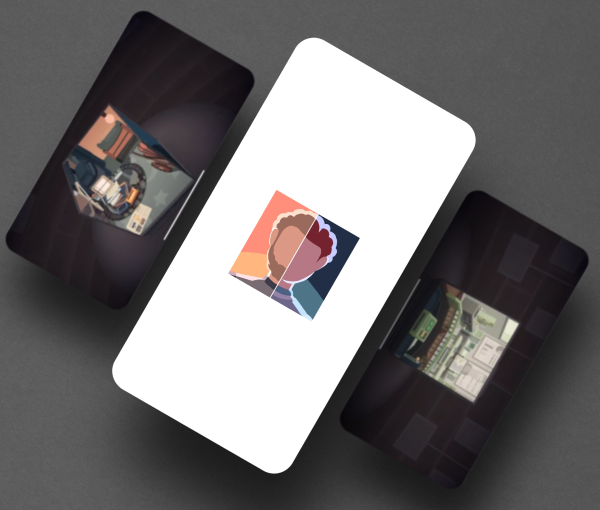 Did you know that Moncage is the product of a two-person development team? It is truly one of the most amazing apps to come out of 2022 and pushes the boundaries of what we believe mobile app development can achieve. The puzzle adventure has brought Optillusion to the forefront of popular app developers. Set inside a mysterious cube, the game introduces us to a unique world. The different worlds are all interconnected and it is a treat exploring that.

The challenging puzzle app combines excellent graphics and creative storytelling to create an experience that few gaming apps could ever imagine. 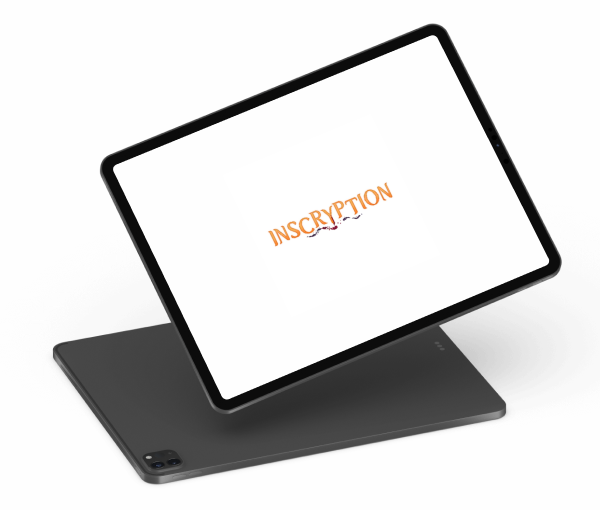 Inscrypton by Daniel Mullins, a Vancouver-based programmer and creator of Pony Island and The Hex, wins Mac Game of the Year for bringing this dark smoothie of card games, escape rooms, and puzzles. This one is a cult favorite. Released on October 19, 2021, the deck-building game begins inside of a cabin where you are held captive. The only way to escape is by playing the card game and surviving it. 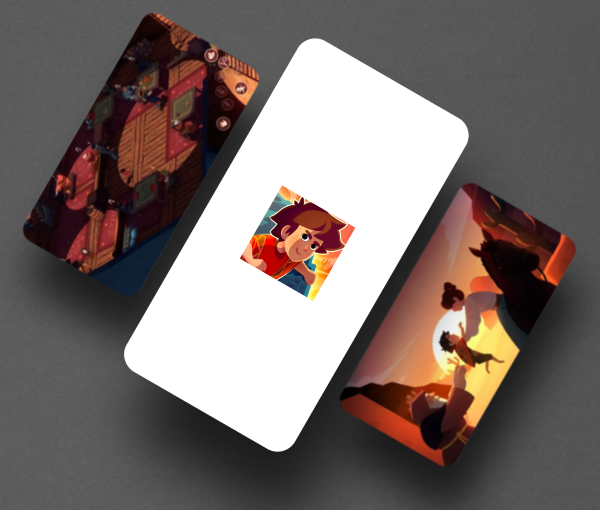 El Hijo wins Apple TV Game of the Year because it is a  ‘family-favourte’. The stealth adventure app makes for a heartwarming addition as the 6-year-old boy goes on a quest looking for his mother, touring remote monasteries, deserts, and towns filled with crime. The great thing about this game is that it looks great on TV. The colorful depiction of the wild west is perfect for kids. 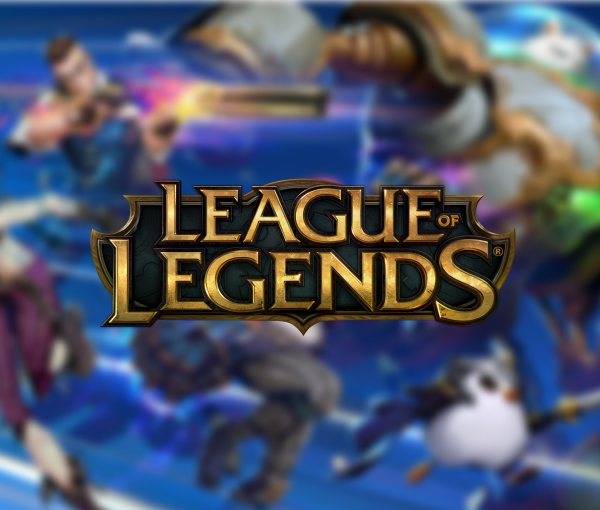 A noteworthy mention in Apple’s App Awards would be Tencent’s League of Legends spin-off. The League of Legends eSports Manager win is a substantial one for China’s game sector, and it is also an important win in the Apple App Award history because it is the first time that Apple has created a separate category for apps from an individual country.

The League of Legends (LoL), is a popular multiplayer online battle that was released in 2009 and is commonly referred to as League, is a 2009 and was widely acclaimed for its Defence of the Ancient’s storyline and for building a custom map of Warcraft III. 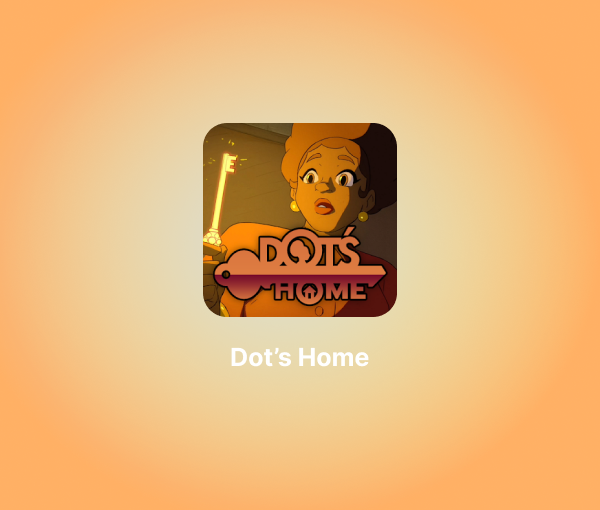 Dot’s Home is an adventure game app by the Rise-Home Stories Project with an important message. The plot is based on racial issues faced by Black Americans living in Detroit. The app finds a beautiful way to educate people on how racism impacts different aspects of life and delves into the trauma that is caused by these issues.

Inua – A Story in Ice and Time 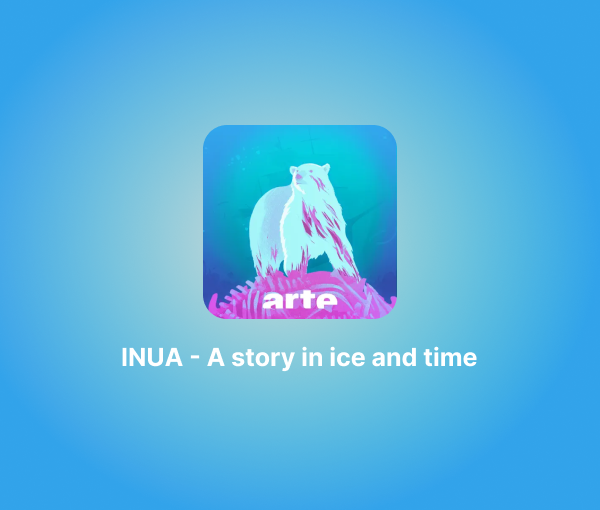 Inua is a great representation of the Inuit culture. The app provides a refreshing look into the Inuit history and folklore like never before. 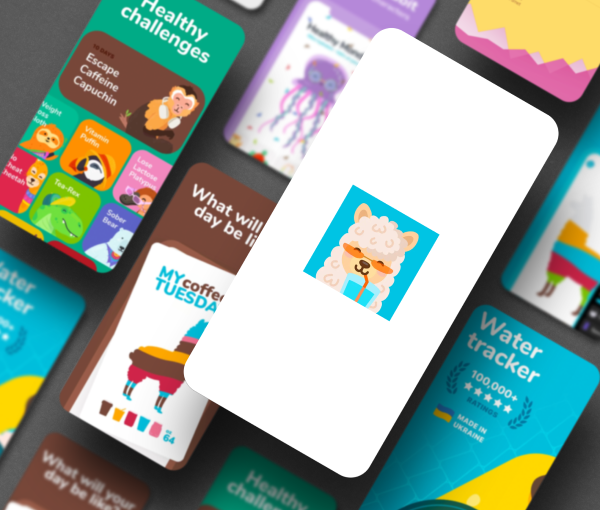 The Waterllama is a cute and functional water tracker that allows you to track your health and fitness in a fun way. The colorful animals will help you reach your hydration goals. Here are some visual aids to save your life. 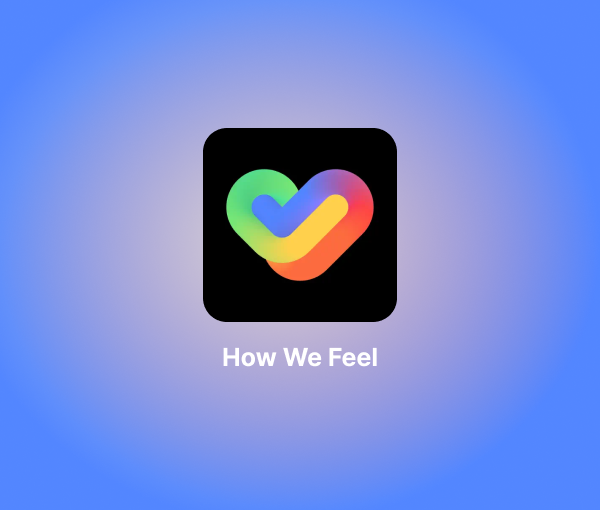 How We Feel is a mental health app that incorporates research conducted by Dr. Marc Brakett, Director of the Yale Center for Emotional Intelligence. The great thing about this app is that it is an elaborate mental health resource that can be accessed for free. 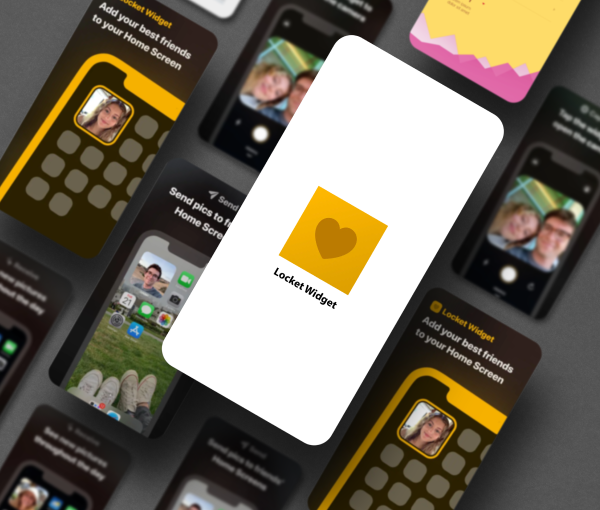 The Locket Widget is a great productivity tool that you can use to intuitively personalize your home screen. The direct messaging tool has been praised for its ability to maintain and grow meaningful connections.

The Apple App Awards for 2022 have not only given us a list of great new apps to try out but have also set the bar higher for creators around the world. With wellness, storytelling, and culturally driven innovation taking center stage, mobile app developers have something to aspire to for the coming year.