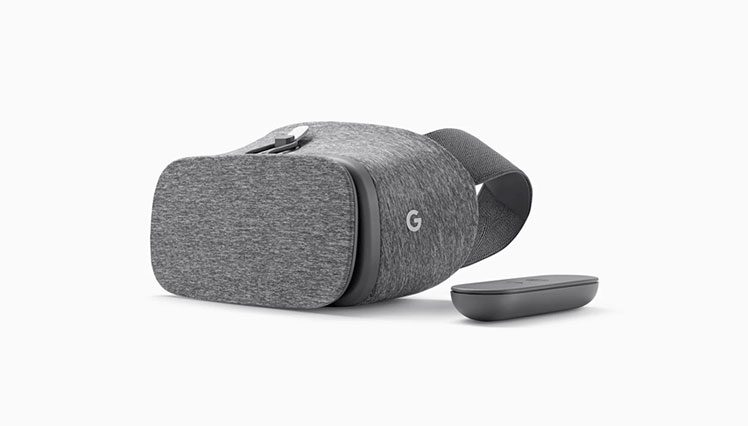 The Netflix VR app doesn’t work on any other VR headsets. The idea of taking the content streaming to the next level looks promising. A few months back, Netflix released its app for Samsung Gear VR headset. It seems that Netflix sees the boom of virtual reality coming, and therefore, they want to be in action for that.

It’s time to take your favorite Netflix shows to the immersive environment. Whether you’re a fan of ‘The Originals’ or ‘Gilmore Girls’, Daydream View is a gadget you might want to get your hands on to. The Netflix VR is available on Play Store.

Daydream View headset comes in three different colors. The headset is a bit different from the traditional headsets like Gear VR, Vive, Rift etc. Google released Daydream View in three colors which slate, snow, and crimson. It’s quite soft and lightweight as compared to others. One of the coolest things you might find out on its official website that it’s hand-washable, which is surprising. However, Daydream View is also compatible with a few latest phones from Google and Motorola.

The interesting part in this story is that ‘Virtual Reality‘ is on its way. You may not be feeling this if you haven’t tested or bought a VR device but the tech giants are racing in order to dominate the virtual reality world. We have seen that VR is barging into a number of fields like Education, Tourism, Gaming, and TV/Media.

Now, when the content streaming brands are starting to look into the immersive technology, it can be predicted that virtual reality might be able to grab a lot of attention. Because when it comes to user-experience and innovative technology, people are always curious to take action and test the product. The virtual reality isn’t something we have had in the past so it is clearly something that never happened before, that’s why the VR-experience will always be special for millennials and youngsters.

When it comes to life-changing ideas like IrisVision, which provides the vision through virtual reality gear to the visually impaired and low vision patients, it looks like that it’s the best thing ever happened due to the advent of technology. The IrisVision software is developed by Visionize Global. It actually uses Samsung GearVR product along with the IrisVision software.

Where do you see the virtual reality in 2017?