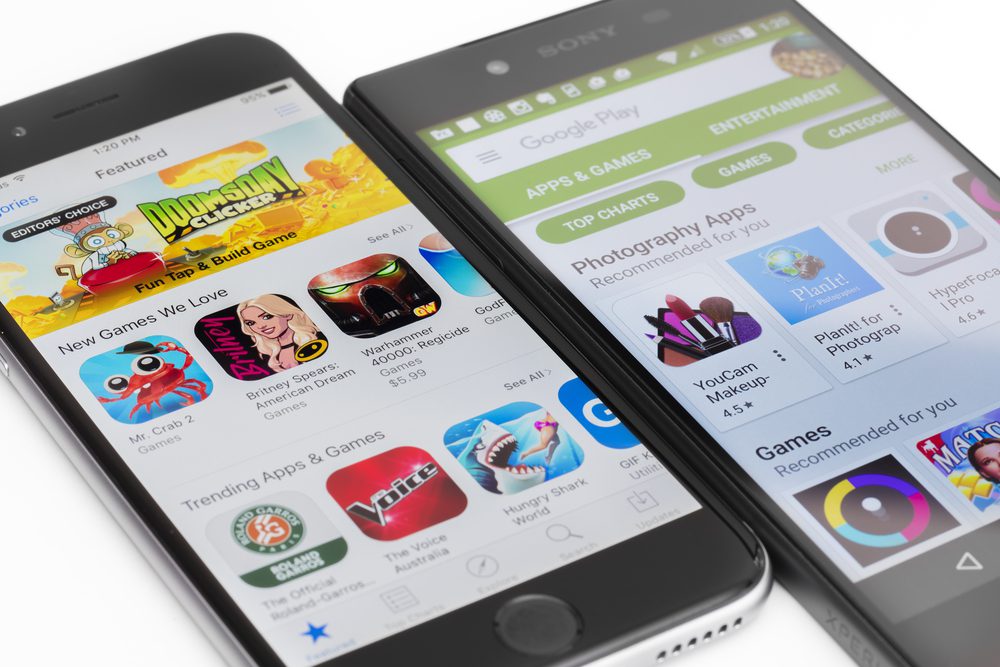 Both Google Play Store and Apple App Store have the same purpose – to search, download and install an application. The elements found on both platforms are the same – description, an icon or logo, screenshots or image gallery, reviews and probably a video or trailer.

Having the same aim does not mean both of them are the same. Many factors make the layout of these elements very different and cause some striking behavioral differences between the two stores.

Here we are enlisting some crucial elements that you need to look over before deciding on which platform is best and better suited for your application.

Free and Paid Apps in Stores

In Google Play Store, the app description gets twice as many taps on Reading More button as compared to the App Store. In case you are accessing Google Play Store from your smartphone, description is always shown above the image gallery or screenshots, making the “Read More” button more prominent. In case of App Store, first two lines are essential especially in the case of newer iPhone sizes. They have large enough screens because of which the description of the app appears above the fold.

In Google Play Store, the image gallery is down beneath the fold and users are 27% less likely to scroll through the entire image gallery or all screenshots. In case of iOS image gallery, it is the most prominent aspect of the screen. Almost all the visitors will interact with the gallery items.

Exploration in Google is lower as compared to App Store. In Google Play Store, the visitors are 20% likely to interact and play videos but not necessarily finish them. However, in App Store, visitors are expected 30% more likely to complete the video because Apple enforces a 15-30sec length time for videos.

App Store does not offer push app installation system at all. The iPad and iPhone users have to do it manually for both of their devices. Apple device users need to install the entire app of Instant and beta testing app to have quick check-in. As compared to App Store, Google Play Store offers its users with more options like push app installation in an instant, when the users want to install the same app at once. Currently, Google is also testing Instant apps for Android users.

Most of the iOS applications work smoothly on iPad and iPhone devices but many apps are built for smartphones, and rest are for the iPad tablets only. Android smartphones although powers a high number of smartphones and tablets operating different RAMs, CPUs, and other hardware configurations. That is yet another reason why Android app developers need to perform more customization, optimization and scaling to suit various devices better.

The searching app on Google Play Store is extremely easy. Google’s Integrated search system ensures the efficiency of searching. App Store has also added Google+ to its search system that means the users can now read reviews of the application. It makes it easy for the users whether to download or skip any app if they have reviews or recommendations by people they already know.

Most of the people have the belief; App Store is safer as compared to Google Play Store. That is true because App Store takes considerable time in reviewing any application and then uploading on the main platform. App Store scrutiny criteria are based on a high-quality standard that is why it takes so much review time. Google Play Store contains some low-quality apps, and its reviews and uploading process is not as complex as compared to App Store.

Both App and Google Play Store have their own characteristics. The central element here is knowing about the differences between the two that help structure users testing priorities. In the App Store, the users need to focus first on the image gallery. However, in Google Play Store they need to focus on both videos and featured graphics content with high priority.

Every app developer first requires to analyze the requirement of each store and understand what exactly they want from their app before they go ahead to develop apps for any of these stores.